In England, the Labour party’s plans to introduce a ban on alcohol sponsorship of sporting events, combined with a series of measures to boost Britain’s health have been watered down at the last minute following ‘internal disagreement’ on how far reaching such measures should be. Labour’s health ambitions were presented last week as a future policy package that the Labour Party would introduce if it were elected into a ruling position.

The plans were presented by Shadow Health Secretary Andy Burnham, who said it was vital that “tougher action” is taken “to protect children from future health hazards at an early age.” However, it was also reported in the media that the final plans are a watered down version of the originally proposed policies. Apparently senior Labour figures think the original plans, including an outright ban on alcohol sponsorship of sports, would be seen as “anti-business.”

Instead of banning sports sponsorship a future Labour government would take alcohol sports sponsorship under review as well as increase taxes on cheap, strong alcohol and tighten up labelling rules on calorie information and advice to pregnant women.

Alcohol Industry representatives have reacted critical. However, the cancellation of plans to ban sports sponsorship was met with relief.

The Labour Party’s full policy plans are described in their report “Protecting Children, Empowering All. Labour’s new approach to health in the 21st Century”>> 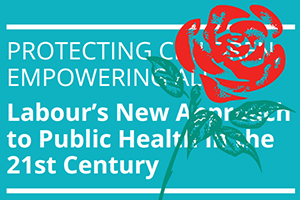