An advert for Rhone wines depicting a man holding a red balloon with the slogan ‘au gout de la vie’ – a taste for life – has been successfully banned in France, after a complaint by ANPAA, the national alliance of health professionals and campaigners against alcohol and drug abuse.

ANPAA argued that the advert, launched in October 2014, linked alcohol and happiness, which is illegal under France’s Evin law.

On the 7th of January, the Tribunal de Grand Instance in Paris ruled that the company could keep on using the image in its marketing, but had to change the slogan.

‘We may use the image without any slogan, or come up with something new, it is still under discussion,’ Arnaud Pignol, general director of Inter Rhone, told wine magazine Decanter.

Pignol said he’s glad the judge did not decide to ban the advert altogether, but was also critical of the l’oi Evin: ‘The judge was balanced, and looked at the two parts of the campaign separately. But it shows that the Evin Law is still very tightly and strictly applied, and that there remains much work to be done.’

ANPAA has 15 days to appeal the ruling. 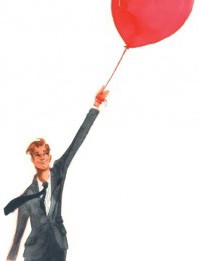