A new Labour government would implement tough restrictions on the sale and advertising of alcohol, unhealthy food and tobacco, according to a leaked policy document published today in The Mail on Sunday.

The leaked document describes the plan to ban sports sponsorship by drinks firms and impose minimum alcohol pricing to curb the impact of drinking on British health. The new plans would also curb the amount of sugar, fat and salt in food aimed at children, as well as ban advertising of unhealthy products on TV before the 9pm watershed.

According to the Mail on Sunday the plans are part of a report to the “society” sub-group of the shadow cabinet, a part of the opposition in the parliament. In the document, the crackdown on alcohol is motivated by the statement that: “Up to 35% of all A&E attendances and ambulance costs may be alcohol related and up to 70% at weekend peak times.”

In a reaction, the Labour party has said that the leaked paper “represents a wide range of options” but was not official party policy. 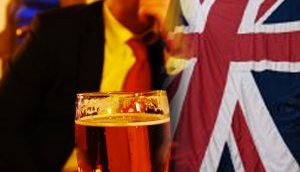