During her campaign to become leader of Trinidad’s People’s National Movement (PNM), Pennelope Beckles-Robinson addressed the problem of alcohol marketing to children. During a seminar at the Association of Psychiatrists of Trinidad and Tobago (APTT) Beckles-Robinson said that profits from alcohol sales have increased while the children of the nation are left vulnerable to “raunchy advertising” and unenforced laws.

At the seminar called “Social ills of alcohol and implication of the Liquor Bill” Beckles-Robinson noted that the alcohol industry has got more lucrative as she pointed out that in 2013, Angostura Holdings profit increased by $74 million or 38.6 per cent in 2013. She said after profit tax rose from $201.5 million in 2012 to $275.5 million in 2013. She described that in the United States alcohol sales amount to some $90 billion annually.

The campaigning politician said that while the demand for alcohol rises in the island nation, children are now more at risk. She made reference to a recent study done by the Inter American Drug and Alcohol Abuse Control and National Alcohol and Drug Abuse Prevention Programme (NADAPP) which concluded that youth start drinking alcohol by age 10. According to the same source, by age 13, 75 per cent of children are already using alcohol actively.

According to Beckles-Robinson advertisements used to promote alcohol is a topic that people tend to shy away from. “When you look at the advertisements on the television and in the newspapers and they are selling alcohol, you literally have the exploitation of women, as a matter of fact, the clothes that they wear and the music and everything, you can’t decide what exactly are they selling?” she said. She went on to say that, “when you look at the profit that is being made and a number of other things, we tend to stay away from these things because it is going to open up a whole can of worms but at some point in time it is a matter that is equally important as applying for your liquor licence, as the issue of death by accident or breathalyser tests”.

The politician finally called for more research on the impact of these ads on children followed by a political debate on the issue. 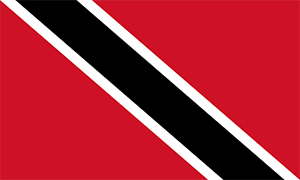