England’s northwest coast town Blackpool is considering locally banning alcohol advertising throughout the town within the next two years, to reduce the town’s drink-related crime and health problems.

Blackpool’s new Alcohol Strategy specifically asks councillors to consider imposing the ban near pubs, shops and off licences. This new ban will thus expand the current alcohol advertising ban Blackpool already has in place for all council properties.

The plan for a local alcohol advertising ban was first drafted three years ago, but it wasn’t until Blackpool’s new Alcohol Strategy that a timetable has been set for a possible by-law.

According to the BBC, the Alcohol Strategy notes that drink-related death rates for both men and women in the coastal resort are “significantly higher” than the national average. Blackpool also has the highest rate of hospital admissions due to alcohol consumption of any local authority in England.

The local ban on alcohol advertising is just one part of the Alcohol Strategy. 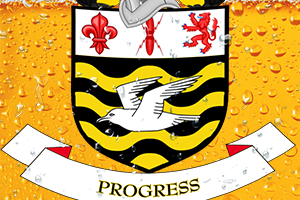