The government of Ireland’s plans for health warning on alcoholic products have raised opposition from within the EU from eleven Member States.

The Irish want to introduce under their Public Health Alcohol Bill, mandatory health warning on all alcoholic drinks as well as total alcohol and calorie content. However, the plans are opposed by Netherlands, Slovakia, Austria, Bulgaria, Czech Republic, France, Germany, Italy, Poland, Romania and Spain (which include some of Europe’s biggest beer and wine producers). The reason for the opposition is mainly centred around fears the labelling will affect free trade. The European Commission has also expressed its concern about the proposal.

Dublin MEP, Brian Hayes told news website breakingnews.ie: “The legislation is a landmark piece of public health legislation. It contains many measures including minimum pricing, advertising rules and restrictions on promotions. The most controversial element is the requirement to have health labels on all alcoholic drinks.”

“I am extremely concerned that the European Commission or another EU Member State intervening would delay this important piece of legislation. Member states must be able to react to ongoing health concerns, which are particular to those member states, in a determined and coordinated way.”

EUCAM would like to point out that this shows again how national governments as well as the European Commission are purposefully blocking innovative legislation to effectively address the health problems caused by alcohol by championing the interests of the alcohol industry instead of those of public health. 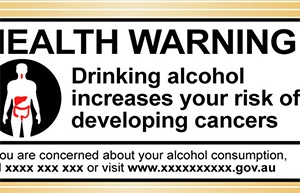