Two of Dublin City University’s (DCU) leading academics have criticized the much debated Diageo-funded ‘Stop Out-of-Control Drinking’ campaign. This while DCU formally backs the campaign and has previously also received money from the drinks giant.

‘Stop Out-of-Control Drinking’ is a national Irish campaign that is being funded for €1m by Diageo. Originally the drinks giant was represented on the campaign board, but under external pressure over a perceived lack of independence due to the company’s involvement David Smith, the head of Diageo Ireland, stepped down last month.

After another four high-profile resignations from the board in recent weeks, DCU president Professor Brian MacCraith continues to sit on the campaign board. Additionally, DCU is named alongside Diageo on the list of the campaign’s supporting partners.

However, Professor Anthony Staines, the chair of the Health Systems program in the School of Nursing and Human Sciences in the Dublin university, said he personally believes the Diageo links to the campaign are a “conflict of interest” which “cannot really be managed”.

While Dr. Staines does under scribe the need for action against drinking, he states that “the Diageo link [to the campaign] is a problem.”

Professor Niall Moyna, from DCU’s School of Health and Human Performance and a member of the Centre for Preventive Medicine, also sees the Irish problem of over-indulgence in alcohol and the need to do something about it, but says: “Is Diageo the ideal company to be funding it? Probably not.”

According to the Independent, DCU also has other links with the drinks company. A spokesperson for the university confirmed Diageo had pledged €20,000 in 2009, 2010 and 2011 for their Access scholarship program.

Additionally DCU Business School lecturer Tony Foley produces reports for the Drinks Industry Group of Ireland on a “consultancy basis”. One of these reports – ‘The Contribution of the Drinks Industry to Tourism’ – was launched last August at a debate which was facilitated by another DCU lecturer.

The Independent writes that Professor Brian MacCraith was “not available to comment on this matter”.

Stop Out-of-Control Drinking, which is led by children’s charity boss Fergus Finlay, has been embroiled in controversy since its inception in February. For more on this story, please read ‘Debate about industry sponsored anti-alcohol campaign flares up in Ireland.’ 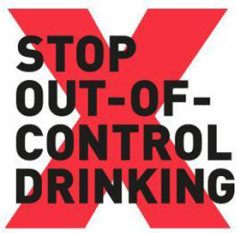