The 2011 ban on multi-buy and buy-one-get-one-free deals on alcohol has reduced Scottish consumption by one million litres of pure alcohol a year, new figures show.

Consumption levels fell almost 3% from 34.04 million litres of pure alcohol in 2011 – when the Scottish government implemented the legislation the Alcohol Act – to 33.08 million litres in 2012.

The Act also placed restrictions on alcohol advertising around premises and imposed age verification checks in addition to a social responsibility levy on various licence holders.

Dr Jim Lewsey, of the University of Glasgow, who is partly responsible for the research, noted that similar declines were not seen in England and Wales where the Alcohol Act has not come into practice. “The possible impacts of other factors, such as changes in income and alcohol prices, were taken into account,” he said. “This provides evidence that the effects were associated with the Act and not some other factor.”

“Although these effects are welcome, alcohol consumption in Scotland remains high and a large proportion is still sold at relatively low prices, said Mark Robinson, of the Scottish public health care service NHS Health Scotland. Robinson also stressed that “there is evidence that the positive effects of the act would be enhanced by minimum unit pricing to prevent the sale of cheap, high-strength alcohol.”

The plan to set a minimum price for all alcoholic drinks in Scotland has been referred by appeal judges to the European Court of Justice after a long legal battle waged by whisky giants. The Court of Session said complex issues involving free trade law and the right of ministers to set price controls to protect public health could only be decided in Europe.

Scotland’s former public health minister Michael Matheson said: “It’s encouraging that the amount of alcohol being sold in Scotland has decreased since the Alcohol Act. However, consumption is still higher than England and Wales.”

Metheson further drove home the point that “700 hospital admissions and 20 deaths a week are attributable to alcohol. At the heart of the problem is the fact that alcohol is around 60 per cent more affordable than it was in 1980.” 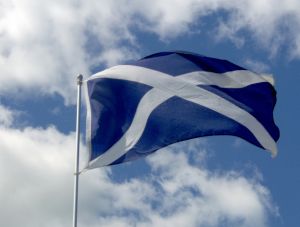