Leading UK doctors are demanding a ban on alcohol firms sponsoring sports clubs and events because the “outrageous” practice is fuelling underage drinking. In a letter published in the Guardian on Boxing Day, the signatories state that alcohol sponsorship of sport has become “as commonplace as advertising for cereal or soap powder”.

The letter is published on a day when millions of sports fans in the UK prepare to attend or watch on television a packed Boxing Day programme of football, racing and rugby, all of which feature alcohol brand sponsorships.

The letter asks: “Shouldn’t our national sports be inspiring our children to lead healthy and positive lifestyles? It would be considered outrageous if high-profile teams like Everton or Celtic were to become brand ambassadors for tobacco, and so why is it acceptable for alcohol?”

The undersigned additionally stressed that: “Importantly, evidence shows that exposure to alcohol advertising leads young people to drink more and to drink at an earlier age.”

They want the government to intervene, and claim that public opinion supports introducing a ban on alcohol advertising of sport. “Let’s take action to protect our children by ensuring that the sports we watch promote healthy lifestyles and inspire participation, not a drinking culture. Let’s make alcohol sports sponsorship a thing of the past,” they say. 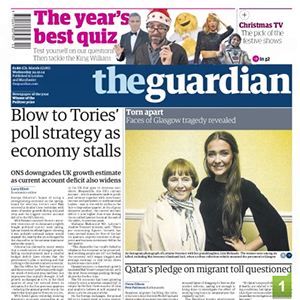