Underage drinkers between the ages of 18 and 20 see more magazine advertising than any other age group for the alcohol brands they consume most heavily, raising important questions about whether current alcohol self-regulatory codes concerning advertising are sufficiently protecting young people.

This is the conclusion of a new study from the Center on Alcohol Marketing and Youth (CAMY) at the Johns Hopkins Bloomberg School of Public Health that examined which age groups saw the most magazine advertising for the 25 alcohol brands most popular among underage boys and girls, in contrast with 308 alcohol brands less popular with underage drinkers. Published in the July issue of the Journal of Studies on Alcohol and Drugs, it is believed to be the first paper to examine whether youth exposure to magazine alcohol advertising is higher for the brands they frequently consume.

Alcohol advertising in the U.S. is primarily regulated by the industry itself through a voluntary code; according to the code, alcohol ads should be placed only in magazines where less than 30 percent of the readers are younger than 21.

“Eighteen- to 20-year-olds experience one of the highest rates of excessive alcohol use and alcohol use disorders among all age groups,” says study author and CAMY director David Jernigan, PhD. “This study adds to the growing evidence that exposure to alcohol advertising may be related to drinking and, importantly, suggests a relationship between advertising exposure and consumption of specific brands.”

At least 14 studies have found that the more young people are exposed to alcohol advertising and marketing, the more likely they are to drink, or if they are already drinking, to drink more. In 2011, alcohol advertisers spent more than 250 million dollars on magazine advertising in the U.S.

In the new study, the researchers used national magazine readership data to identify which age groups received the greatest exposure to advertising for the top brands consumed by underage males and females.

The authors note that none of the ads included in the study violated the 30-percent standard despite the fact that 18- to 20-year-olds were the most heavily exposed age group for some of the brands they are most likely to consume.

“The fact that we see these high levels of exposure to magazine advertising among underage readers despite all of the magazine advertisements being in compliance with alcohol industry self-regulatory codes clearly shows current self-regulatory guidelines are not protective of youth,” Ross says. “With alcohol the number one drug among youth, and responsible for 4,300 deaths per year, it’s time to ask ourselves what more can be done in the interest of our nation’s young people.”

The National Research Council, Institute of Medicine and 24 state and territorial attorneys general have encouraged adoption of a 15-percent standard, based on the proportion of the population between the ages of 12 and 20, the group most at risk of underage drinking.

The above is a unedited copy of the press release by the Centre for Alcohol Marketing and Youth. For more coverage of this news, please see:

Or watch Dr. David Jernigan discuss the findings on ABC 2′s In Focus.

For the abstract of the article or open acces to the full text, please visit the website of the Journal of Studies on Alcohol and Drugs 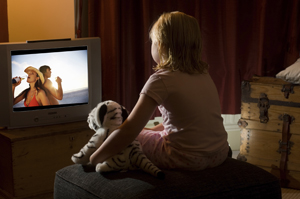