New research finds that alcohol firms are adopting tactics pioneered by the tobacco industry by funding charities in order to gain influence inside government. Among the alcohol charities receiving alcohol industry funding are the only two charities that remain in the UK government’s responsibility deal.

A new study in the European Journal of Public Health shows that the British alcohol industry has given five alcohol charities donations of up to £1m each in recent years as they have deliberately “used corporate philanthropy as a political device.”

Among the charities, the researchers from the London School of Hygiene and Tropical Medicine found, are organizations helping individuals recover from their addictions and harmful alcohol consumption receiving money straight from companies ranging from Heineken and Diageo to ASDA.

Addaction, which works with people addicted to drink and drugs and Mentor UK, which seeks to prevent alcohol-related harm among children, are the only health groups that remain involved in the coalition’s public health responsibility deal, which tries to reach voluntary agreements with food and drink firms on how to tackle the harms associated with obesity and alcohol misuse. Addaction and Mentor UK have continued to participate despite all other alcohol charities and medical groups that initially took part pulling out because of concerns that the process was too dominated by representatives of the alcohol industry.

“The fact that the only people left inside the responsibility deal process who are advocating for health are both industry-funded is a cause of great concern, because everyone else who was representing health walked out as they had no confidence in it,” lead-author Dr Jim McCambridge told The Guardian.

Katherine Brown, director of the Institute of Alcohol Studies told The Guardian: “Funding NGOs is a longstanding tactic used by tobacco and alcohol companies. It can help bolster corporate reputations, but, more importantly, it can provide greater access to government officials with the potential to influence public policy.” Miss Brown called for greater transparency about the backers of organisations lobbying government on alcohol. 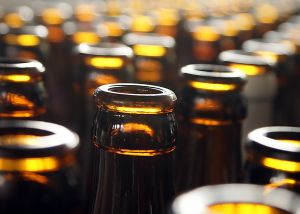