While most attention may currently be going out to the alcohol branded sponsorship of the FIFA football world cup in Brazil, Scottish health bodies are also critically pointing at the Commonwealth Games whose organisers have recently chosen two alcohol firms as sponsors.

The Commonwealth Games is the third largest multi-sport event in the world, after the Olympic Games and the Asian Games, and involves athletes from the Commonwealth of Nations. The Games are set to start July 23rd in Glasgow, Scotland. Among the organizations questioning the decision to allow Heineken and The Famous Grouse to sponsor the event are the British Medical Association (BMA), Alcohol Focus Scotland, the BMA Board of Science, Children in Scotland, Scottish Health Action on Alcohol Problems, Scottish Families Affected by Alcohol and Drugs and the Stroke Association.

A health impact assessment for the Commonwealth Games recently noted that the event could be used to prevent alcohol-related problems. Despite this observation, chief executive of the 2014 edition David Grevemberg recently unveiled two drinks firms as “official beer and cider providers”. The sponsorship agreement will see both companies’ products sold at competition venues, with limited edition Commonwealth Games 2014 ale also being produced. Additionally, while the companies will have no “field of play” branding, they will be able to use the official Glasgow 2014 logo in their advertising.

In a letter to the organization of the Games, the coalition of health bodies write: “We would be grateful if you could clarify the extent to which Heineken and The Famous Grouse branding and messaging will be prominent throughout Games venues, across Glasgow, on TV and online? (…) The eyes of the world will be on Glasgow this summer. We believe that allowing global alcohol producers free reign to advertise their products to children and young people is not in-keeping with the spirit of the Commonwealth Games.” 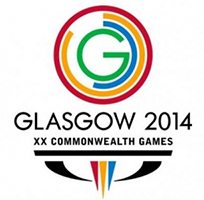