Balance, the alcohol centred NGO for the North-East of England, is one of the many parties calling for a ban on alcohol sports sponsorship. To drive this message home on the occasion of the 2014 FIFA World Cup of football, Balance has launched its new campaign ‘alcohol sponsorship: let’s kick it out’, which includes their own sponsorship of youth football teams in order to prevent alcohol branded sponsorship.

The under-nines at Darlington Spraire Lads and Lasses, as well as the under-elevens of Wallsend Boys Club, the Wearside youth team, the Tyneside youth team and the under-fifteen team of Farringdon Detached FC are now proudly wearing jerseys emblazoned with the Balance logo.

Colin Shevills, Director of Balance, told The Northern Echo: “It’s important for sports clubs such as this to engage children in sport and encourage them to live healthy, happy lives. (…) Sport appeals to all age groups and football in particular is followed by large numbers of children and young people. Our children should be able to watch their favourite sports without being constantly exposed to alcohol marketing.”
Specifically referring to a ban on alcohol branded sports sponsorship Mr. Shevills said: “France has already implemented a ban and Ireland is considering a similar approach. It’s time for us to follow suit.”

The ‘alcohol sponsorship: let’s kick it out’-campaign was met with support and sympathy by the local football clubs, as well as on social media. Additionally Councillor Andy Scott, a Darlington Borough Council’s cabinet member for health and partnerships, said the sponsorship deal “will hopefully help to reinforce the message to youngsters that alcohol and sport do not go hand in hand and that there are positive lifestyle choices to be made that do not involve drinking alcohol.” 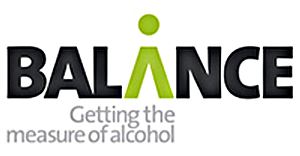