Marketing Tactics During the Economic Recession

The alcohol industry has reacted on the economic recession by taking various actions. A new EUCAM trend report aims to provide insight in the marketing tactics of the alcohol industry in this period. Moreover, it describes patterns in alcohol consumption during the recession period.

This report shows that not only have the alcohol producers reacted to the recession, consumers have done so as well. For instance, consumers are less likely to go out and are less focused on purchasing brands. Instead, consumers are seeking deals and values. They are turning toward pre-drinking, and such changes in drinking patterns have in turn altered the alcohol industry’s marketing tactics through product development and value dealings.

Another clear shift both from consumers and in turn the industry, is the move from on-trade licences to off-trade licences such as supermarkets, where beer is regularly sold cheaper than sodas. Research from Ireland even suggests that alcoholic products are being sold for cheaper than the price of staple products such as water.

Other trends that are described in the report are the move towards smaller and cheaper packaging as well as that of contests to win money.

Additionally, the report shows how the industry is actively opposing effective health protective policy, such as the introduction of Minimum Unit Pricing, with a strong lobby. This lobby is also used to create the image that the brewing industry is of vital importance to the European economy.

In summary, the report shows that alcohol marketers are resilient and adaptable and choose to aggressively market products for profit rather than protect population health. 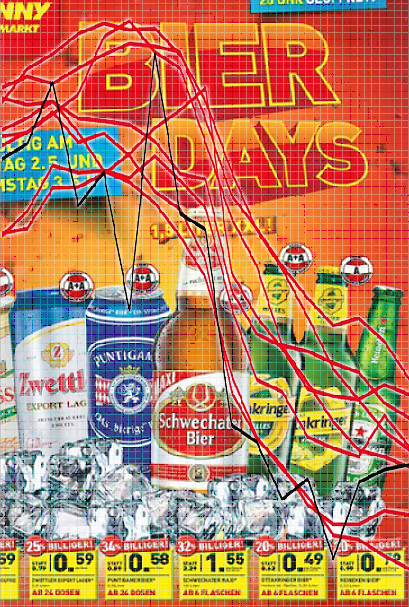