The ruling Government of the Cayman Islands is currently considering whether alcohol advertising should be allowed in local media publications and on billboards. The policy is being taken into consideration as part of the on-going review of local liquor licensing laws, according to Premier Alden McLaughlin.

The McLaughlin government turned its gaze to alcohol marketing, following a report by the National Drug Council which concluded that Caymanians are starting to drink more and at an earlier age. While there is currently already a ban in place on advertising of alcoholic products in broadcast media, this ban does not apply to print media, online or outdoor advertising.

Independent opposition member Ezzard Miller has long gone on record as staunchly objecting to alcohol advertising. Specifically aiming at the local newspaper, Millar once during his political campaign even suggested that the newspaper should be prosecuted over the liquor ads. Mr. Miller is quoted by the Cayman Compass as saying: “I find it very difficult to believe that the increased consumption and the age they start [drinking] is not influenced by advertising,” and added: “I’m asking government to favourably consider some changes to the alcohol advertising.”

The above mentioned report presented findings of a 2012 survey of more than 1,600 students, released last month. The report found that 40 per cent of the participants reported using alcohol, followed by 14.6 per cent who use cannabis. The average age of first consumption of alcohol was 12 years old, while around 30 per cent of the respondents reported they tried their first drink between the ages of 6 and 11. In reaction to these figures the NDC called out: “This pattern of drinking among youth warrants special attention because of the increase of likelihood for harmful consequences such as injury, driving while intoxicated, violence and unsafe sex.” 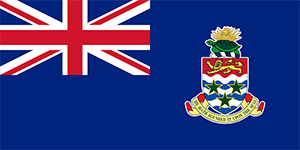