After Brazil, Russia also suspends its alcohol regulations for the FIFA World Cup

A bill recently approved by the State Duma temporarily suspends recently introduced regulations on alcohol marketing in Russia in 2018 for the occasion of hosting the FIFA World Cup.

The amendment is argued to increase the regions’ funding for sports events. It temporarily reverses a series of restrictions that were imposed in summer 2012 as part of a wide-ranging ban on alcohol advertising in order to reduce alcoholism in Russia. The ban prohibited alcohol advertising on television, radio, the Internet, public transport and billboards, as well as in stadiums and within 100 meters of sports facilities. Additionally, a ban on advertising alcohol in print media went into force on Jan. 1, 2013.

The amendment will allow beer to be advertised on television during live sports broadcasts and at stadiums during sporting events through the end of 2018. Some restrictions on print media will remain, namely that beer ads cannot appear on the front or back page of newspapers, or on the first or last pages of magazines.

The ban on alcohol advertising will go back into force on Jan. 1, 2019.
Sergei Mironov, a Duma deputy from the A Just Russia party, opposed the amendment, saying it will lead to the excessive promotion of beer and, as a result, an increase in the consumption of alcoholic beverages, especially among young people. 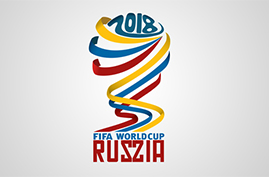