New Zealand church and health leaders are calling on all parties to raise the price of alcohol and phase out alcohol advertising and sponsorship after the upcoming election. In reaction to this four-point “call for action on alcohol” the Labour Party, the Greens and the centre party NZ First all spoke out in favour of the plans.

The “call for action on alcohol” has been signed by the heads of general and specialist groups of doctors and nurses, academic researchers and the heads of the Anglican, Catholic, Methodist, Presbyterian and Salvation Army churches.

It calls on the incoming government after the upcoming election to implement Law Commission proposals from 2010 to raise alcohol taxes by 50 per cent, impose a minimum price for alcohol to stop price discounting, and phase out alcohol sponsorship and advertising except for “objective product information”.

In reaction to the call, Justice Minister Judith Collins rejected imposing a minimum price, saying a $1.20 minimum per standard drink would simply hand liquor companies extra profits of $131 million a year. She also said that an incoming National Government would consider a review of alcohol advertising and sponsorship by a consultation group which is due to report on October 1.

According to the Nez Zealand Herald, Labour associate health spokesman Iain Lees-Galloway said Labour was “open to implementing” the Law Commission proposals that had not been implemented in 2010. Green Party health spokesman Kevin Hague told the Herald they backed a phase-out of advertising and sponsorship and said a tax increase and minimum price were both needed to reinforce each other. NZ First justice spokesman Denis O’Rourke told the Herald his party also supported gradual tax increases and minimum prices, and “further limitations on advertising and sponsorship but not a ban”. 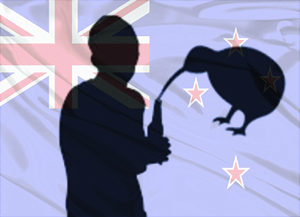