How is the Danish alcohol marketing situation currently? Last spring the main concern was a new Danish high school tradition of going alcohol-bananas in Prague during the winter break. Around that time a thought entered my mind: What if Prague and Sunny Beach are merely the tip of the iceberg? What if similar scenarios are going on in Denmark every weekend reducing binge-travel to a symptom of a much greater domestic disease?

Later incidents seemed to confirm this. In the summer of 2013 the media reported about 5.000 – 6.000 young people partying in Dyrehaven, a nature reserve just outside Copenhagen. The young people were mostly high school pupils from the whole Zealand area invited through Facebook.

In a Danish context the size of the party was remarkable large. Moreover the get-together evolved into a party completely out of control. The youngsters were very drunk and left the precious nature vandalized. At one point it was necessary to put 40 youngsters in recovery position due to drunkenness.

My first thought was that Dyrehaven was a single incident organized by the young people themselves. My second thought was that I should look into the matter. I then realized that Dyrehaven was in fact one out of a large number of nationwide so-called 16+ parties. In a period of three months I found 34 places (mainly discotheques and clubs) all offering alcohol to the 16+ segment. This is a bit astonishing bearing in mind that it in Denmark it is not allowed to serve alcohol to minors on premises. Moreover the parties at the 34 places were recurring events.

They varied in size, from a couple of hundred guests to 80.000 persons invited on Facebook. One of the clubs in Copenhagen once had 150 youth education centers on their guest list and eight bars. Some of the clubs and discos also admit 15 years old children and primary school pupils. The events are organized by professionals. In non-populous areas shuttles transport the minors from various cities to the party. These are of course party buses.

The involvement of the minors in the marketing of 16+ parties is extensive. In many cases the minor audience is asked to invite their peers to the 16+ parties on Facebook – typically in reward for booze. Some 16+ places employ youngsters to promote the parties among their friends and at school. They can then call themselves ambassadors. At some parties good looking persons from the target group work as event girls (and boys). The work involves sampling of drinks and creating a sexual atmosphere. Photos of naked and undressed girls from the 16+ age group in semi-pornographic positions are common in the advertising.

The main focus though, is on alcohol beginning with advertising on Facebook. Beer and alcopops are available at the 16+ parties. And so are spirits. In 75 percent of the 34 parties hard liquor was mentioned on the bar menu. So, the focus is on heavy drinking. Alcohol is almost always sold with a discount. Or it is handed out for free during a period of one or two hours in the beginning of the evening. The staff seem keen to push the youngster’s alcohol intake. For instance at some places alcohol is served in buckets, as body tequilas or beer bongs are provided. In a number of cases professional promoters enter the party with their products. Their job is to sample, and in some cases they pour alcohol directly into the mouth of the youngsters.

We know little of the organizers in general. Some of them we know because they expose themselves in the social media. These are the organizers from the Copenhagen clubs. They are typically young, popular men in their early twenties with many followers on Facebook. They promote parties and clubs on their personal Facebook profile. The young organizers actively take part in the parties, share photos and comments on Facebook and communicate with organizers from other clubs with whom they also hang out. They encourage extensive drinking in word as well as in deed. They are often drunk, but never too drunk to promote certain alcohol brands, for instance Belverde Vodka.

According to the Danish Law of Marketing it is not legal to mention alcohol, or to picture alcohol in ads addressed to minors. Nor is it allowed to make references to alcohol.

Nevertheless, while the marketing of Prague and Sunny Beach youth travel has been restricted by the Consumer Ombudsman, discotheques and clubs in our own backyard are still promoting 16+ parties with alcohol.

Another question occurs in my mind: Is Denmark (being very liberal) the only country to experience 16+ parties with alcohol? 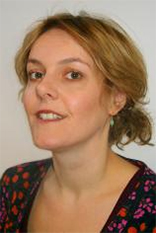