Legal possibilities of a comprehensive alcohol advertising ban in Europe

Econometric studies by Saffer and colleagues suggest that overall bans of alcohol marketing can be successful in decreasing the total alcohol consumption among adolescents. In accordance with this, in its European Action Plan (2011) the WHO recommends a total ban on alcohol advertising in Europe. The new factsheet describes the competence of the European Union to adopt a pan-European alcohol advertising ban and its legal possibilities.

Both the audio and the Powerpoint presentation of a short lecture on this topic by Wim van Dalen of STAP, the Dutch Institute for Alcohol Policy, are available on the website of EUROCARE. 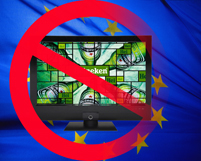