The rise of alcoholic energy drinks in Europe

Alcohol is a sedative, while ingredients of energy drinks such as caffeine, guarana and taurine have a stimulant effect. The effects of alcohol are masked which may lead to excessive alcohol consumption (O’Brien, 2008). Research conducted in the United States revealed that adolescents who regularly drink alcohol mixed with energy drinks more often binge drink (more than 5 drinks in a short period of time) and are drunk twice as often (O’Brien, 2008; Ferreira, 2006). Also other alcohol-related consequences are more prevalent. There is a doubled risk of being taken advantage of sexually, riding with an intoxicated driver, being physically hurt or injured, and the need for medical treatment.

This report offers a first exploration of the availability of these drinks in Europe. 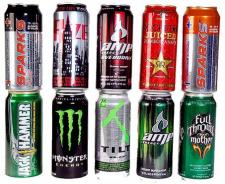