Images and references to alcohol and tobacco in popular video games may be influencing UK teens who play the games and the age restriction system is not working, according to a new study from The University of Nottingham.

Experts from the UK Centre for Tobacco and Alcohol Studies at The University of Nottingham have carried out the first ever analysis of best-selling video games to find out the extent to which the games include this content and to assess the link between playing the games and drinking and smoking behaviour.

They found that teenagers who play video games featuring alcohol and tobacco references appeared to be directly influenced because they were twice as likely to have tried smoking or drinking themselves.

The research examined the content of 32 UK best-selling video games of 2012/2013 and carried out a large online survey of adolescents playing games with alcohol and tobacco content. An analysis of ‘cut scenes’ uploaded by gamers to YouTube from the five most popular games was also carried out. All the games studied were from the genres of stealth, action adventure, open world, shooter and survival/horror because they involve avatars that look and act like real people.

The study, published in the journal Cyberpsychology, Behavior and Social Networking, found alcohol and tobacco content in 44% of the most popular video games. They also found this content was not reported by the official regulator, the Pan-European Games Information (PEGI) system which informs the Video Standards Council age ratings that help parents decide whether game content is suitable for their children.

The researchers used YouGov survey tools to ask 1,094 UK adolescents aged 11-17 whether they had played any of the most popular video games identified as containing either tobacco or alcohol imagery. They were also asked whether and to what extent they smoked or drank alcohol. The study found that adolescents who had played at least one game with tobacco or alcohol content were twice as likely to have tried smoking or consumed alcohol themselves.

Out of the top five most popular games, Grand Theft Auto V & VI contained the highest level of alcohol and smoking content using fictitious brands only. The other top games containing these references were Call of Duty:Black Ops II, Call of Duty:Modern Warfare 3 and Assassin’s Creed III. There was no electronic cigarette content.

Psychologist Dr Joanne Cranwell from the UK Centre for Tobacco and Alcohol Studies, said “Although around 54% of UK adolescents play video games online, parental concern over exposure to inappropriate content while playing video games seems to be lower than for other media, like movies for example. While 80% of children aged 10-15 play packaged or online video games with an age rating higher than their age, more than half of British parents are unaware of the harmful content this exposes them to.

“Video games are clearly attractive to adolescents regardless of age classification. It appears that official PEGI content descriptors are failing to restrict youth access to age inappropriate content. We think that the PEGI system needs to include both alcohol and tobacco in their content descriptors. Also, game developers could be offered incentives to reduce the amount of smoking and drinking in their games or to at least reference smoking and drinking on their packaging and websites.

“As a child protection method it is naïve for both the games industry and the Interactive Software Federation of Europe, who regulate the PEGI system, to rely on age ratings alone. Future research should focus on identifying the levels of exposure in terms of dose that youth gamers are exposed to during actual gameplay and the effects of this on long- term alcohol and smoking behaviour.”

This study has been included in the scientific publications database of EUCAM that can be accessed via this link. 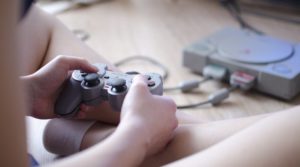