Last week EUCAM president Wim van Dalen, together with five eminent scholars on the subject of alcohol marketing and alcohol harms, sent the following letter to Estonian government leaders to show international scientific support for the planned amendments to their Alcohol Act and Advertising Act.

The letter was sent to Taavi Rõivas, Prime Minister of Estonia, Jevgeni Ossinovski, Minister of Health and Labour, Margus Tsahkna, Minister of Social Protection and Kristen Michal, Minister of Economic Affairs and Infrastructure.

I am writing this letter as president of EUCAM, the European Centre for Monitoring Alcohol Marketing. Through this letter, I would like to congratulate you all on the leadership your country is showing by proposing strong measures to address the marketing and availability of alcohol. I have also asked the world’s leading scientists in the field of alcohol marketing and drinking behaviour to voice their support for the proposed amendments to the Alcohol Act and Advertising Act. As you can see below six eminent scholars have undersigned this message.

As you may well know, Estonia has a high per capita consumption levels (10.2 l) and one of the highest number of deaths attributable to alcohol consumption (1). While there have certainly been positive developments in Estonian public policy concerning alcohol consumption in recent years, the actual effects on drinking in your country have been relatively modest. The currently proposed plans are expected to have a bigger impact, because they form an integrated, multifaceted approach (restricting availability in stores and petrol stations as well as restricting marketing) rather than concentrating on one policy area.

The proposed plan to legally formulate the rules that the content of alcohol advertising has to comply with, is as we signalized, directly inspired by the French regulation of alcohol advertising. This French ‘Law Evin’ is commonly referred to as one of the strongest forms of alcohol marketing restrictions in the world (3). If you succeed in approving and implementing the proposed amendments it’s expected that Estonia will henceforth be referred to as one of the countries with the strongest restrictions on alcohol advertisements in the world.

While you will be able to pride yourself for implementing strong regulations where other countries are still hesitant, the true source of your pride should lie elsewhere. There is a large evidence base suggesting that exposure to alcohol marketing leads to drinking at an earlier age, as well as increasing the amount consumed (3, 4). Most of the studies that compile this evidence base have studied young people. Based on the large body of scientific work concerning alcohol marketing and drinking behaviour, the signatories of this letter expect a significant protective effect on the health of young people and future generations coming from the amendments to the Alcohol Act and Advertising Act as proposed by your Minister Jevgeni Ossinovski. Not only do the undersigned support the proposed plans, we hope to see them implemented in the near future.

Jurgen Rehm
Associate Professor, University of Toronto
Director, the Social and Epidemiological Research Department at the Centre for Addiction and Mental Health 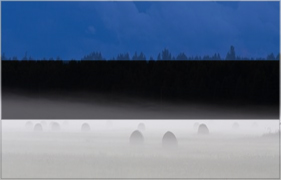