New research finds that children as young as 13 may be bombarded by alcohol marketing messages from Twitter and Instagram on their smartphones. This despite Twitter’s age-gate technology which blocks direct-to-phone updates for underage users.

Lead author of the research author Adam E. Barry, of Texas A&M University in College Station, Texas  told Reuters Health by email: “I’m surprised by these findings given that age-gate technology is available on these social media platforms and easily implemented.”

The alcohol industry trade association Distilled Spirits Council of the United States (DISCUS) has self-regulatory rules asserting that digital marketing communications are intended for adults of legal purchase age and should be placed only in media where at least 71.6 percent of the audience is reasonably expected to be of legal age. Additionally, brand advertiser pages should require age affirmation by the user before full interaction begins.

Based on the results of the new study, the alcohol industry is not adhering to this self-regulation guidance on Twitter and Instagram.

All the profiles could access, view and interact with alcohol industry content, the researchers reported in the journal Alcohol and Alcoholism.

On Twitter, profiles made for kids under age 21 could not follow or receive promotional material from alcohol brands. But two profiles for users age 21 or over received almost 2,000 alcohol related tweets, collectively, over one month.  Despite Twitter’s age-gate, there was unfettered access to viewing, interacting with, and sharing posted alcohol branded content on Twitter.

There was no age-gate for Instagram, and all underage profiles could follow alcohol brand accounts and received on average 362 advertisements during the study. Promotional updates were most frequent on Thursdays and Fridays. Alcohol brand Instagram accounts responded directly to underage user comments.

During the month-long study, all of the underage profiles were followed by alcohol advertisers, representatives or enthusiasts outside of the 22 alcohol brands included in the original group.

Barry told Reuters he thinks the industry should toughen up their current age restrictions: “All social media should at minimum implement age-gate technology as it is easy to use and directly aligns with the industry’s stated desire to prevent underage youth from being exposed to alcohol advertising.”

The researchers only accessed their test profiles on smartphones, so user experiences on other devices may have been different, they note.

“What our findings show is that youth who follow alcohol brands on Instagram are being bombarded, daily, with alcohol advertising/promotions directly to their phones,” he said.

For sponsored ads, Gautier wrote in an email, “We use age data provided by Facebook, our parent company, to ensure that only those that are over legal drinking age see sponsored advertisements. For ‘organic’ content (accounts, comments, etc), when someone tries to access an alcohol brand’s account, we check the associated age of the Facebook user (in the background) to allow them to see that account. . . If they do not have a Facebook account, since we don’t know age, we automatically show a dialogue box asking them to confirm their age status.”

Find the abstract of this study here>> 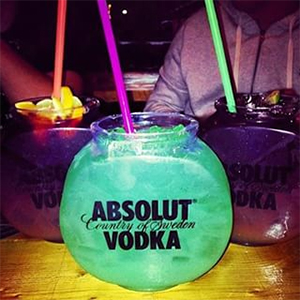