Scottish Ministers are under pressure to support a ban on alcohol advertising near schools after research carried out by Members of the Scottish Parliament suggested there was considerable public sympathy for the policy.

The proposal was backed by 78 per cent of those who responded to a survey carried out by the Parliaments’ health committee.

Simpson’s plan is to prohibit the advertising of alcohol within 200 metres of schools, nurseries and play parks, and to ban alcohol advertising at public events where most people taking part are children or where the event is aimed at children. The latter ban was supported by 83 per cent of the 543 people who took part in the survey last month. Under his plans, those breaching the advertising regulations would be fined.

“The proposals with the strongest support were the ban on advertising near venues used by children and the ban on sponsorship of events targeted at children,” the survey report said.

The introduction of drinking banning orders, which would prohibit someone convicted of an alcohol-related offence from going into a pub for up to two years, was also popular, with support from 75 per cent.

Ministers are keen to combat problem drinking in Scotland. The country has one of the fastest growing rates of liver disease in the world, while in six out of 10 violent crimes the offender was under the influence of alcohol, according to last year’s Scottish Crime and Justice Survey.

The Scottish Government has tried to bring in curbs on cheap alcohol, and in 2012 legislation to introduce a 50p per unit minimum price for alcohol was passed by the Scottish Parliament. However, this was challenged by the Scotch Whisky Association, which claims it breaches European law. The matter is currently before the European Court of Justice, which will issue a preliminary ruling later this year.

Simpson last night welcomed the public backing for his proposals. “I believe that with the minimum unit pricing, and the legislation still being suspended in the European Court, this bill is even more important,” he said.

Members of the health committee are due to continue taking evidence on the Bill, and the Parliament will vote on it in February. 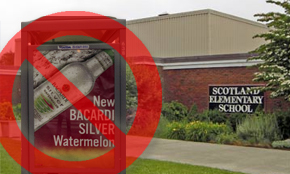