The Ghanaian Food and Drugs Authority (FDA), has asked the media to ensure that advertisements on food, medicines and cosmetics are prevetted by government authority, before such adverts are aired of published. These include alcohol ads.

“A manufacturer or distributor, advertising agent and advertising media and or organisation who advertises a food product without the prior approval of the Authority shall be in breach of this guidelines and shall be fined an administrative charge as specified in the fees and charges Amendment Instrument, 2013 (LI2206)”.

At a stakeholders meeting held in Accra to educate the media and advertisers on the laws concerning advertisement of food and alcoholic beverages, Mr Hudu Mogtari, FDA Chief Executive Officer said the move by the Authority to regulate advertisements of certain products are backed by the Public Health Act 2012, Act 851, which mandates it to enforce the law in a bid to protect public Health.

He said the FDA had toured other parts of the country to engage the citizenry and media personnel on the reviewed laws on advertisements and on the need to work to secure public health.

Mr Mogtari urged all to support FDA at regulating and sanitising the system to ensure orderliness in the advertising landscape.

Mr Thomas Amedzro, Head of Drug Enforcement Unit of FDA, said the law cautions against adverts with content that exaggerates, offers refund of money to persons and misleading to the public.

She said no well-known personality or professional is allowed to advertise alcohol.

“No well-known personality or professional shall be used in alcoholic beverage advertisements. Approval will be revoked where a personality subsequently appeals to persons under the legal drinking age,” she added.

Mrs Agra explained that all such advertising must be consistent with a sense of responsibility in depicting the serving or use of liquor and also advertisements shall not promote or depict excessive consumption of alcohol.

“An advertisement shall not imply that consumption of alcoholic beverage is required for social or professional achievements, personal success, any sporting activity, sexuality, pleasure, resolution of social, physical or personal problems.

Mr Francis Dadzie, a member of the Advertisers Association of Ghana expressed support for the prohibition of the use of professionals and well known personalities in advertising alcoholic beverages, saying that, “it is not done in Nigeria and in other jurisdictions and in the USA alcohol is advertised after 10pm”.
Source: Ghanaweb 09/02/15 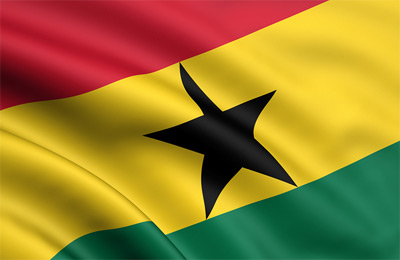