EUROCARE presents report on alcohol advertising and sponsorship In formula one

A new report which presents data on the extent of alcohol advertising during the 2014 Formula One (F1) Monaco Grand Prix together with an analysis of F1 teams’ sponsorship by the alcohol industry was issued today by the European Alcohol Policy Alliance (Eurocare), Institute of Alcohol Studies (UK) and Monash University (Australia). The findings from the report show that alcohol sponsorship of F1 provides a platform for an extremely high exposure of alcohol advertising to audiences.

The report shows that during the 2014 Monaco F1 race, the pinnacle event of F1 there were on average 11 references to alcohol brands per minute. In other words – the worldwide audience of a total 500 million people were exposed to an alcohol brand on average every five seconds for almost two hours.

Read the report “Alcohol Advertising And Sponsorship In Formula One: A Dangerous Cocktail”

The authors of the report believe that the sponsorship practices they have researched clearly go against the spirit of the EU Audiovisual Media Services Directive. Furthermore, they also believe that the practices in F1 also go against even weaker voluntary codes set up by the alcohol industry itself. Eurocare has already raised the issue of alcohol sponsorship in F1 to Jean Todt, the President of the Federation International de l’Automobile (FIA), who then claimed no responsibility for the matter.

Mariann Skar, Secretary General in Eurocare says: “The amount of alcohol related exposure in F1 settings is extreme by anyone’s standards. There seems to be a lack of recognition within the F1 community about their responsibility when showing alcohol adverts every five seconds to an audience of 500 million viewers. We now urge the involved bodies in F1 to move away from alcohol sponsorship”.

Katherine Brown, Director of the Institute of Alcohol Studies, UK says: “Alcohol sponsorship of motorsport generates seriously mixed messages about drink driving and road safety, and contradicts the spirit of current EU rules on alcohol advertising. A common sense approach would be to stop alcohol companies from this risky business of sponsoring Formula 1.”

Read the Eurocare fact sheet on alcohol sponsorship and F1

The above is verbabtim copy of the news release from our friends at EUROCARE. 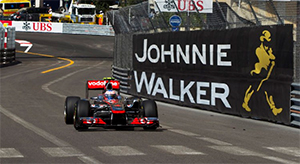