Research: Glass shape influences speed at which we drink alcohol

The speed at which we drink alcohol could be influenced by the shape of the glass, and markings on the glass might help us drink more slowly, according to new research from the University of Bristol, presented today at the British Psychological Society Annual Conference in Liverpool.

PhD student David Troy and Dr Angela Attwood from Bristol’sTobacco and Alcohol Research Group presented the study as part of a symposium on ‘Environmental influences on food and alcohol-related behaviour’.

David Troy said: “Excessive alcohol use is a major public health concern and there is a lot of interest in alcohol control strategies.  It is important to determine what environmental factors are contributing to excessive use and how they can be altered to nudge drinkers towards more responsible consumption.”

Some 160 participants (80 female) were randomly split into two groups.  The participants were social drinkers with no history of alcohol problems.  One group were given beer in a curved glass that had markings showing measurements of a quarter, half and three quarters.  The other group’s glasses were the same but had no marked volume measurements. When participants with abnormally slow drinking times were removed from analysis, there was evidence that the group with the marked glasses had slower drinking times (10.3 mins) compared to the non-marked group (9.1 mins).

In another study, David Troy and colleagues tested whether studying the effect of different shaped (straight and curved) pint and half-pint glasses on consumption could be carried out in a ‘real-world’ environment.  Three public houses (part of the Dawkins Ales) group took part over two weekends. The results showed that such a study was possible in a real world environment and that the pubs using straight-sided glasses reported lower takings, indicating less consumption.  This was consistent with previous laboratory findings that showed participants drinking slower from straight glasses.

David Troy said: “It was a great opportunity to have three pubs willing to take part in the feasibility study.  We now know it is feasible to conduct this type of research in real world situations and this will have implications for future research.  However, only a limited number of pubs took part over a short time scale, so the results are preliminary and need to be treated with caution.”

Dr Angela Attwood, senior researcher on the study, said: “The speed at which beer is drunk can have a direct effect on the level of intoxication experienced.  This can also increase how much is consumed in a single drinking session.  While many people drink alcohol responsibly, it is not difficult to have ‘one too many’ and become intoxicated.

“Our research suggests that small changes such as glass shape and volume markings can help individuals make more accurate judgements of the volume they are drinking and hopefully drinkers will use this information to drink at a slower pace.”

The glass shape study was funded by Alcohol Research UK.

The British Psychological Society Annual Conference takes place from 5 to 7 May 2015 at the Arena and Convention Centre (ACC) Liverpool.

The British Psychological Society is the representative body for psychology and psychologists in the UK.  It is responsible for the development, promotion and application of psychology for the public good.

See also: Looking into the Glass: Glassware as an Alcohol Marketing Tool, and the Implications for Policy 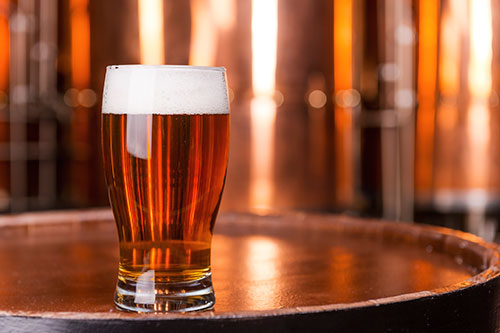