A new study has been published on the effects of alcohol marketing bans. The Cochrane Systematic Literature Study by Siegfried et al. found it could not recommend for or against banning alcohol advertising, but the authors would compel Governments that are considering implementing alcohol advertising bans, to implement their ban in a research environment and to monitor the effects over time to build the evidence base.

The authors of the study set out to answer the question whether banning or restricting the advertising of alcohol in any form will lead to people drinking less alcohol. The form of the ban could include banning alcohol advertisements on television, the internet or billboards, or in magazines. The authors also included a hot point of debate in countries where a ban is proposed, namely: The harms that banning advertisements may cause, such as reducing profits in the alcohol and advertising industries, and whether governments would lose taxes if alcohol purchases went down after a ban.

The authors have taken into account studies up to May 2014. Ultimately, using the standard methodological procedures expected by The Cochrane Collaboration, they included four studies that evaluated the restriction or banning of alcohol advertising via any format. One was a small randomised controlled trial (RCT) that evaluated drinking behaviour in 80 young men in the Netherlands exposed to movies with either a high or low alcohol content combined with a commercial with either a neutral content (interpreted as a ban on alcohol advertising) or a high alcohol content. The other three studies were interrupted time series (ITS) studies. ITS studies are studies in which changes, usually in the general public, are measured at various points before, during and after an intervention such as a change in policy. Two of the three ITS studies evaluated what happened after an advertising ban was introduced by two different Canadian provincial governments. The third ITS study evaluated what happened after a ban was lifted after being in place for 50 years in another Canadian province. Each study evaluated a different category of ban (either partial or full).

The data arising from the included studies did not show a clear effect either for or against the banning or restriction of alcohol advertising.

In the RCT, young men who watched movies with a low-alcohol content drank less than men who watched movies with a high-alcohol content. Young men exposed to commercials with a neutral content compared with those exposed to commercials for alcohol drank less. The trial was one and a half hours, so the authors have no indication how long beyond the trial these effects lasted. The trial did not report on any harmful outcomes.

The results from the three ITS studies were inconsistent. The authors statistically combined the results of the two studies that assessed what happened after a ban was introduced. This showed an overall increase in beer consumption in the general population following the introduction of the ban, but the results were uncertain and could also be consistent with no difference or an overall decrease in alcohol consumption. The third ITS study, which evaluated the lifting of a total ban on all forms of alcohol advertising to a ban on spirits advertising only, also found uncertain results. None of the studies reported on any harms arising from the bans.

Overall the quality of evidence was judged to be very low in the RCT. This was based on the fact that there were problems with the study methodology, the population included men only and the results were not very accurate. In the ITS studies, the quality was also judged to be very low due to problems with the study methodology and the results not being precise. 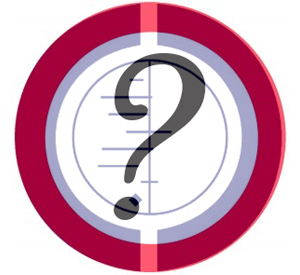