The Russian Ministry Communications has said it’s willing to lift the ban of alcohol marketing in newspapers and magazines. Deputy Minister of Communications and Mass Media Alexei Wolin first spoke of this option at recent congress of the National Association of Broadcasters.

This new stance is surprising as the alcohol marketing ban was only introduced last year as part of a comprehensive strategy by the State Duma to tackle Russia’s drinking problem. In an interview with daily newspaper Vedomosti Deputy Minister Wolin said a relaxation of the ban might be worth the consideration to avoid “catastrophic decline of print media.” He also stressed that no bills about relaxing restrictions on alcohol advertising have been put forward by the ministry: “We are waiting for proposals from media corporations and professional societies, we are willing to consider their help in the development of amendments.”

The Committee on Information Policy of the State Duma is ready to consider the idea of lifting the ban on advertising of alcohol and tobacco, specifically for print media. According to the committee’s chairman, Leonid Levin: “The media industry is strongly regulated, it needs concessions to increase advertising revenues, especially the print media. Subscriptions to print media are dropping, the points of sale are reduced and the advertising of alcohol can help them compensate for rising losses.”

“If there are suggestions that provoke people to consume more alcohol and tobacco, we will not support [a feature bill],” deputy chairman of the Duma Committee on Economic Policy, Innovation and Entrepreneurship Development Viktor Zvagelskii said.

Vedemosti reports however that the Ministry of Health will remain a proponent of a ban on advertising of tobacco and alcohol ass an effective means of reducing the consumption of these products. Wolin also said that the Ministry is exploring the idea of returning advertising for tobacco products in mass media. 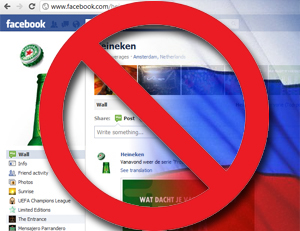