Miss Huyghe takes the stance that the current regulations are an unfair threat to the burgeoning wine business. The four tactics described are Word of Mouth, Selling Direct to Consumer, Wine Tourism and reaching foreign markets through aligning with agricultural and trade initiatives,

1. Word of Mouth
Several wineries participate in dinners and tastings either at their wineries or in private homes in Istanbul which are advertised as something other than a wine event. According to Miss Huyghe this “starts with one wine enthusiast, who tells their friends, who invite the friends of friends, and so on.”

2. Direct to Consumer Sale
Huyghe describes a local entrepreneur who operates a winery under the same name as the popular tourist area the winery is located in. This not only attracts people to the winery and its products but also gives the idea that the winery is supporting the region.

3. Wine Tourism
An example is given of twelve wineries in the Thrace region near Istanbul who have banded together to form the Trakya Bağ Rotasi, or Thrace Wine Route. This route is marketed not as a wine route, but as a “vineyard” route to “differentiate the agricultural rather than the alcoholic nature of the product.” Huyghe writes that several wineries throughout Turkey have started to establish hotels and restaurants either at or nearby their wineries, as built-in venues for selling their wines.

4. Foreign markets
The Turkish government funds promotional activities abroad. This is done through two trade organizations, which enables wineries to use government funds for research, meetings, and marketing outside of Turkey. 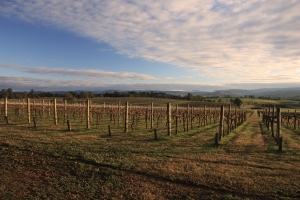