The recent FIFA World Cup in 2014 was an excellent opportunity for alcohol producers worldwide to promote their products and experiment with new media strategies. A frequency analysis suggests an alcohol brand reference was visible every minute during six analysed matches broadcasted on Brittish TV (1). EUCAM, the European Centre for Monitoring Alcohol Marketing, analysed the various marketing techniques used by the alcohol industry during the World Cup. Examples of these strategies were collected by EUCAM focus points in Austria, Belgium, Croatia, Denmark, Iceland, the Netherlands, Spain and England. The results have been published in a trend report. One of the main conclusions is that the relative share of internet based new media advertising seems to become bigger compared to that of the traditional media.Cross-media campaigns dominate the alcohol marketing scene Cross-media campaigns are certainly no new addition to alcohol marketing. However during the 2014 FIFA World Cup it was striking to see the intensive strategic relationship between all the different forms of media like television, promotional world cup packaging, specific promotional items and social media. Another clear trend was that of in-store ads and world cup promotional packaging. These marketing practices were working in tandem to get people attracted to promotional items, which in turn had to lead to more people buying beer in order to obtain these items. More exposure of alcohol marketing leads to more adolescent drinkersThe report of EUCAM also strongly shows how the alcohol industry ties sports to drinking alcohol, and how it sells to millions of young and older people the idea that you can’t enjoy one without the other. A proven consequence of this enormous exposure of alcohol marketing is that it leads to adolescents starting to drink earlier and to drink more if they had already started drinking (2-3). Additionally, the ownership of promotional items, such as discussed in this report, correlates significantly with adolescents drinking (2-5).Need for comprehensive regulationsThe report shows that the alcohol industry within the existing alcohol marketing (self) regulation has enough space to create advertising which is attractive to young people and is actively exposed to young people. One conclusion is that regulations aimed at traditional media don’t work for new media, and partially regulating one medium also doesn’t work. This shows the need for a comprehensive measure, such as a total ban on alcohol marketing if we as a society want to protect our children from the harmful effects of exposure to all the different faces of alcohol marketing.The report can be downloaded here. For questions or comments about the report, please contact Gerard van der Waal at gvanderwaal@eucam.info.Below is an overview of international alcohol branded TV spots that tied into the World Cup: 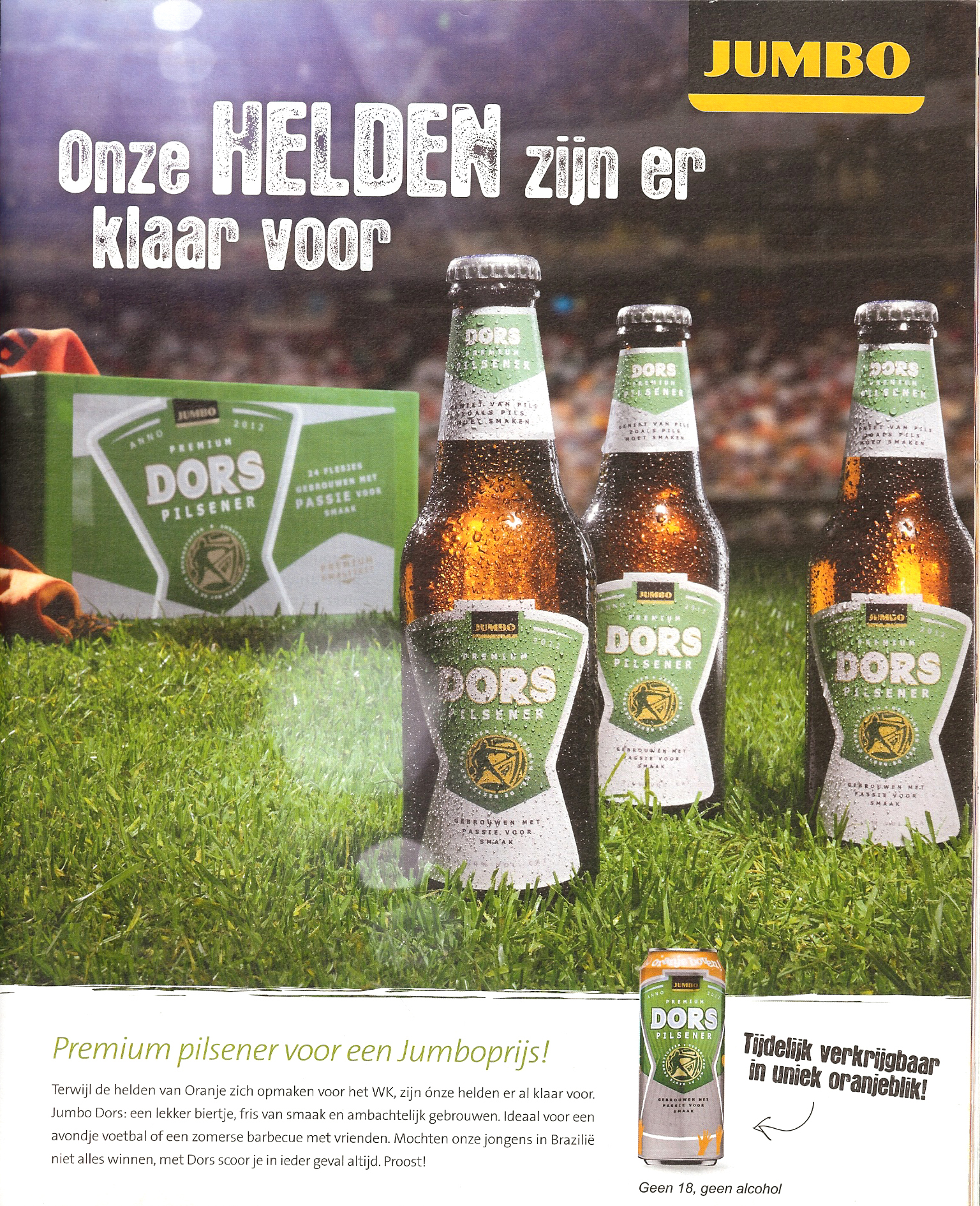