A new study conducted by the Center for Research on Aging, Health and Well-Being at the Australian National University in Canberra found that mixing energy drinks with booze results in increased urges to drink alcohol compared to drinking alcohol alone.

The study, published in Alcoholism: Clinical and Experimental Research, included 75 participants, ages 18 to 30. Participants were assigned either a plain vodka and soda water drink or a mixture of Red Bull and vodka. A pineapple-coconut fruit drink was added to both beverages to mask the taste and appearance of the energy drink and soda water.

Participants all had to have consumed both alcohol and energy drinks in the past six months, although not necessarily together. The study didn’t adjust alcohol dose based on body weight and sex and gave each participant 60 millilitres of vodka. Participants were asked to take an Alcohol Urge Questionnaire 20 minutes before and after consumption to indicate how strong their desire was to continue drinking.

Those who drank the alcohol and energy drink combination reported a greater increase in the urge to continue drinking alcohol compared to the group drinking only vodka. The energy drink consumers also reported enjoying the cocktail more and wanting to drink more of it than those who only drank the vodka cocktail. The study found that there was no difference in sedation or stimulation between the two groups.

The study was initiated by concern among public health advocates about the popularity of energy drinks consumed with alcohol among young people. The study reports that 34 to 51 percent of 18-to-24-year-olds regularly consume caffeinated alcoholic beverages, which place drinkers at risk for increased risk of alcohol dependence and increased problems associated with drinking, including drunk driving and injury.

“Our findings suggest that energy drinks may increase people drinking to intoxication, and consequently increase the risk of alcohol-related problems like drunk-driving and alcohol-fuelled violence. Our study alone does not provide enough evidence to advocate for restrictions on the availability of energy drinks in bars, but it is an important step,” co-author Rebecca McKetin, a fellow at Australian National University told Newsweek.com.

The abstract of the study can be read here>> 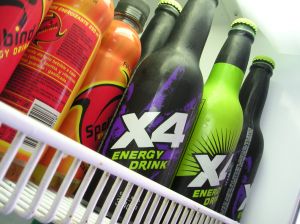