New research finds that music which makes frequent references to specific alcohol brands increases the likelihood of binge drinking in teenage listeners. Additionally, the researchers found that teenagers are exposed to an average of eight alcohol brands references per day by listening to music.

The study was conducted by researchers at Dartmouth College and the University of Pittsburgh. The results were published online in the journal Alcoholism: Clinical and Experimental Research.

Lead author Doctor Brian Primack, associate professor of medicine and paediatrics at Pittsburgh University’s School of Medicine, said: “Every year, the average adolescent is exposed to about 3.000 references to alcohol brands while listening to music. (…) It is important that we understand the impact of these references in an age group that can be negatively affected by alcohol consumption.”

Senior author Doctor James Sargent, professor of paediatrics in the Geisel School of Medicine at Dartmouth College, added: “Brand references may serve as advertising, even if they are not paid for by the industry. (…) This is why it is useful to examine the influence of brand mentions.”

Besides combing through popular music for alcohol brand references, the researchers conducted a survey, under 2.541 15-to-23-year-olds, which showed that 59 per cent had consumed an alcoholic drink. Of those, 18 per cent reported binge drinking at least monthly, and 37 per cent reported having had problems, such as injuries, due to alcohol.

In the survey participants were given the titles of popular songs that include alcohol mentions and asked if they liked or owned the song. They also were tested to determine if they could spontaneously recall what brand of alcohol was mentioned in the lyrics.

Participants who could correctly recall alcohol brands in songs had more than twice the odds of having had an alcoholic drink, compared to those who could not recall the brand, even after adjusting for factors including age, socioeconomic status, and alcohol use by friends or parents. The participants who could identify the alcohol brands in songs also had greater odds of having ever binged on alcohol.

Dr Primack said in a press-release: ‘A surprising result of our analysis was that the association between recalling alcohol brands in popular music and alcohol drinking in adolescents was as strong as the influence of parental and peer drinking and an adolescent’s tendency toward sensation-seeking. (…) This may illustrate the value that this age group places on the perceived opinions and actions of music stars.” 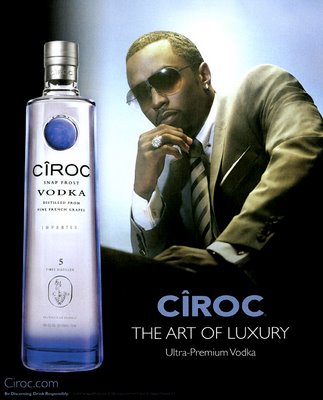