One ad- one girl too much?

One ad- one girl too much?

Finland has seen a heated debate on alcohol marketing which has been going on for several years now.

One could say in a cynical or just tired voice: “What is the point of all these discussions and debates? When in 2012 the fact remains that Finnish children and teenagers are constantly under the influence of alcohol marketing?” And as a result of this and other factors, over 20 % of youngsters (14- 18 years) binge drink AT LEAST once a month.

Moreover, if you visit Helsinki on Friday or Saturday, you will not only see youngsters, but also adults, drinking beer and cider on the streets or exiting a bar tipsy or completely drunk. I haven´t seen any research on how alcohol marketing affect adults. Though the fact that advertisements which transmit positive and funny images of drinking – are seen at street corners, TV, internet, shops, gas stations, ice-hockey matches etc. certainly does not make us adults drink any less.

But let´s not be tired or cynical, we have all the reasons to keep the faith! All this talk has created something very positive. There has been one major accomplishment which we can all (except the alcohol industry and it´s allies) be happy about: there is a strong consensus among Finns that alcohol marketing should be restricted in order to protect youngsters. The majority of us (76%) want to allow only the product and pricing information on alcohol ads. And over half (60 %) is ready to ban all alcohol marketing.

The political process in Finland is in a very exciting point at the moment. In Spring 2012, the Ministry of Social Affairs and Health prepared a bill on alcohol marketing which would limit the advertising strictly to product information and ban outdoor marketing and sponsoring (for example on sports). The law would also ban competitions, videos and games as advertising methods. Alcohol ads on TV and radio earlier than 11.00pm. would also be prohibited.

This bill may have caused a bit of an act of panic within the advertising agency Bob Helsinki and the outdoor advertising company JCDecaux Finland . They launched a wide interactive outdoor advertising campaign with a slogan “Would you drink less, if this ad would be forbidden?”, following with the sentence: “Many decision makers think you would.” Translated, the core message criticizes that “once again we are nannied by the state”.

Luckily 40% of the Finns answered to this opinion poll that they would drink less if lifestyle or image marketing would be banned.

The next step of the campaign by BOB Helsinki & JCDecaux was to offer two major Finnish health actors free assistance and advertisement place. None of the invited, Ehyt ry (NGO) or The National Institute of Health and Welfare, accepted the co-operation offer. In fact, Ehyt ry along with other health actors and organisation launched their own campaign “I would drink less” with a portrait of two under aged girls drinking. This anti-campaign now has over 800 likers on facebook, more than the “Would you drink less campaign”.

Behind the debates, campaigns and researches are the stories of what happens in real life when minors mix with alcohol.

For instance, Karoliina, a young 15- year-old girl lived in the city of Tampere. She disappeared in the summer night of July 31st 2011. She had spent that evening with three boys she knew. The boys were aged 16-17 years and they had all been drinking. Late in the night Karoliina headed home with her scooter. The scooter was found later but the girl had disappeared. The police were looking for her for over one month and there was wide public discussion and worry on what had happened to this young girl. Was she murdered? Was she kidnapped? What terrible thing had happened to her? On September seventh 2011 she was found drowned in a small pond near her home.

Luckily, not all drinking youngsters drown. Still, similar things happen in Finland much too often.

Even one young person dying is too much. We must do everything we can, every small and big act, to prevent this. It is essential to stop alcohol advertising highlighting drinking and alcohol in order to protect children and youngsters from alcohol related accidents, brain damage, violence and death. 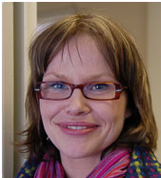