Irish government accused of giving in to alcohol industry bullying

Professor Joe Barry and Dr Ann Hope recently accused the Irish government of giving in to ‘corporate bullying’ by the alcohol industry. Consequently numerous administrations allowed  the industry to self regulate and thus failed to curb alcohol advertising. The two Irish alcohol experts voiced their concerns about alcohol lobby groups’ power to shape policy at the ‘Sláinte’ seminar on the relationship between Irish culture and alcohol.

‘In 1995 when we were drafting the alcohol policy it was very clear that if income increased, consumption would increase. We put it into the report, we asked the politicians to introduce policies, but the industry lobby was too powerful, that was the reality. You have no idea how powerful that lobby is’, Dr Hope told the seminar.

She went on to describe how in 2003, legislation was written to restrict alcohol marketing to protect children. In reaction to this, the drinks industry brought ‘all the heavy hitters from America and around the world’ to the prime minister’s desk. They argued that they would self regulate if the legislation was not enacted. According to Dr Hope, this legislation has been passed by cabinet twice, yet it has never been implemented: ‘That is how powerful they are’. 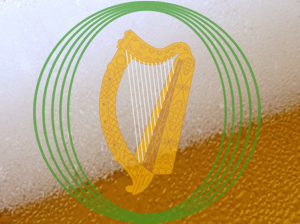