In public health terms, alcohol is no ordinary commodity. It accounts not only for a substantial portion of the world’s burden of disease but also for much social harm [1]. Because of this, a majority of countries have some kind of restrictions beyond general rules for foodstuffs on alcohol’s availability and promotion [2]. On the international level, however, restrictions in the interests of public health are minimal. On the contrary, indeed, international and regional trade agreements are increasingly restricting what national governments can do to control the alcohol market [3].

In recent decades, there have been two especially significant international developments affecting the availability and marketing of alcohol. One of these is the globalisation of the alcoholic beverage industry. By 2017, 67% of the global beer market, 50.5% of the global spirits market and 13.3% of the global wine market were controlled by the top 10 companies in each category [4]. These global alcohol companies are active advertisers in ‘measured media’ (television, radio and

print); thus, AB Inbev, Suntory, Diageo, Heineken, Pernod Ricard and Molson Coors were all among the top 100 advertisers in such media in terms of global spending in 2017 [4].

But the field of advertising and promotion now stretches far beyond the measured media due to a second major international development in recent decades: the growth of social media and ‘electronic commerce’ on the internet. Posts on social media services are initially distributed to other participants in the platform according to a rule system, which the proprietor controls. They then become the raw data to be fed into the system of electronic commerce—stored, linked with other data, collated, grouped and analysed by the social media proprietor and sold as cumulated or analysed to commercial clients of the proprietor.

As social media companies such as Facebook and Google (which owns YouTube) were establishing a global presence, multinational alcohol companies such as Diageo and Heineken formed early alliances with them. Already by 2011, one‐fifth of Diageo’s marketing budget was for digital marketing, mostly on social media [5]. By 2015, three beer and two spirits brands were reported to have more than 10 million fans on their Facebook pages [6]. Carah notes that, generally, the alcohol industry ‘is highly secretive about its partnerships and investments in media platforms’; although, in 2011, Diageo had ‘announced that its partnership with Facebook involved “unprecedented levels of interaction and joint business planning”, … since then no major distributor has revealed any details of their partnerships with Facebook publicly’ [7].

It is not only the lips of ‘Big Alcohol’ that are sealed. The ‘Big Tech’ companies are highly secretive about their mining and processing of social media data and about the source codes, algorithms and protocols involved. Seeking to ‘keep the digital domain, as far as possible, a regulation‐free zone’, since 2015, industry interests have been successfully pushing for inclusion in new free‐trade agreements of clauses prohibiting requirements by countries that companies providing digital services from offshore have a presence in the country and requirements for disclosure of source codes and algorithms [5].

However, it seems that Big Tech is losing public favour on a number of fronts, so their entrenched political position may now be more open to challenge. For instance, in February 2020, the British government’s advisory body on data ethics proposed new regulations to control the algorithms that promote content on social networks in order to suppress ‘the spread of legal‐but‐harmful content such as material that encourages self‐harm or eating disorders’ [8]. In July 2020, the consumer protection regulator in Australia launched legal action against Google ‘for collecting the “potentially sensitive and private” browsing history of its users’ without informing them about how it is used [9]. A separate action set in motion a compulsory process for digital platforms to pay news media for the use of their content [10]. Meanwhile, the chief executives of Amazon, Apple, Facebook and Google faced a grilling from all sides in the US Congress concerning anticompetitive practices and the ‘platforms’ out‐size grip on information and public debate’ [11].

For social media material regarding alcohol, public health issues also come into play. In Finland, these have been partially addressed under legislation passed in 2015: advertising on social media is forbidden from using any ‘consumer‐generated content, such as comments, pictures or videos that contain alcohol products… An advertiser using social media must disable the sharing function when advertising alcoholic beverages’. But the borderless nature of the internet means that ‘users have been able to bypass [these] restrictions by accessing content hosted by platforms offshore’ [5, pp. 165–166]. Enforcing controls on such marketing on social media would require access to source codes and algorithms used in its distribution. This is a general issue for public health controls on marketing. But in the absence of agreement at this general level, any new international agreement on alcohol control should include provisions obliging state parties to the treaty to require disclosure by alcohol companies of source codes and algorithms used for alcohol marketing. This would assist in countering the application to alcohol promotion of the electronic commerce provisions in the post‐2015 trade agreements noted above, thereby buttressing effective public health control of alcohol advertising and promotion deriving from and through the websites and applications of Big Tech. The requiring of disclosures is not without precedent. The Framework Convention on Tobacco Control obliges its state parties to require the tobacco industry to make a range of disclosures to the state (in turn disclosed to the public) about tobacco‐related advertising and promotion. Guidelines to the Framework Convention on Tobacco Control do not mention source codes or algorithms, but they do refer to matters such as tobacco expenditures on marketing; the actors involved in the marketing; and the nature, extent and frequency of the marketing [12].

In her paper, Kelsey [5] lays out and considers in detail how the new trade law barriers restrict potential public health efforts at a country level to curtail the marketing and promotion of alcoholic beverages in the digital domain. Her analysis makes it clear that any such efforts need to take into account the developments in trade law she discusses and to consider how they may be countered in the public health interest. However, alongside consideration of international law, there is a need for more thinking and public discussion of what could be done in the interest of public health and welfare at a national or subnational level to control digital marketing of alcohol. The alliance between Big Tech and Big Alcohol is built around the selling of data derived from users’ interactions with social media and other digital platforms. For large countries and those with unique languages, at least, a relatively high proportion of the relevant data presumably derives from postings and other interactions on social media from that country. One possibility might be a law that forbids selling or passing along the data relevant to alcohol promotion, which are derived from those postings. Another might be to include all or part of alcohol promotion and marketing in a larger reform, such as a ‘code of practice for on‐line targeting’ enforced by an ‘on‐line harms regulator’ with ‘effective sanctioning powers’, as proposed in the UK report mentioned above [13]. A more far‐reaching option would be for governments to prohibit alcohol marketing on social media. For tobacco marketing, prohibitions on social media have usually been preceded by restrictions against such marketing in traditional media, such as television, radio and newspapers. In Australia, the ratcheting up of restrictions over the past 30 years has produced a ‘dark market’ for tobacco marketing [14]. But a possibility with alcohol would be to start with restrictions in social media or internet‐based media and then, if necessary and desirable, work back to other traditional platforms. As the traditional media decline in audience size and influence, it may be that a focus on new media, especially social media, is a more fruitful regulatory approach. There are undoubtedly further options, which need to be spelled out and considered; this journal welcomes commentaries with such suggestions. In the public interest, the options should then be debated and acted upon.

Patricia Hepworth, Jane Kelsey, Mia Miller and Gretchen Thomas all gave helpful comments on this piece but should not be held responsible for the result. 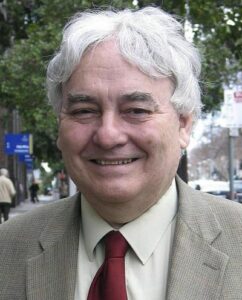