If advertising works, there’s no way it doesn’t contribute to obesity

If we truly believe advertising works in the way we claim it does, then there is no way it doesn’t contribute to obesity. That’s the view of Chris Baker, executive strategy director at Kindred (US), who thinks we need to accept the ‘junk food’ ban with good grace and work with partners to address the problem head-on.

The advertising industry was up in arms this week. The UK government’s announcement of a ban on advertising for ‘unhealthy’ food as part of a new strategy to tackle obesity sent shockwaves through the industry. The IPA, ISBA and AA were quick to jump on the announcement, calling it a ‘slap in the face’ for the industry. They decried the lack of evidence and pointed to the government’s own data that showed a ban would mean a child’s calorie consumption would only drop by the equivalent of half a Smartie if the ban were enforced.

In their view, the ban is a totally pointless exercise that will cost a lot of jobs, threaten commercial broadcasting models and not make any difference at all to the problem of obesity…

But is it really? Given what we know about how advertising works, can we really say in good faith that millions of pounds spent promoting unhealthy food hasn’t contributed to the rise of obesity in this country and across the world? I, for one, feel very uneasy with the haste with which the industry bodies have tried to dismiss the new policy.
Read more
Original article 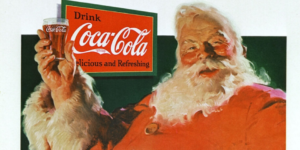