Alcohol, fast food product placement on the rise in Bollywood

The study was published in the scientific journal PLOS One by researchers from health organisation Vital Strategies and Imperial College, London, according to a Vital Strategies statement. “Our study suggests that Bollywood films are contributing to promoting unhealthy behaviours in their audience, particularly children,” said Dr. Nandita Murukutla, Vice President, Global Policy and Research, Policy, Advocacy and Communication, Vital Strategies. “We hope that this study offers evidence and support to reduce the marketing of these products in films given the known health problems they cause, including obesity, heart disease and cancer”, she added.

Tobacco and alcohol occurrences were more common in films rated for older audiences (A rated films) whereas fast-food depiction was prominent in movies targeted for all audiences (U and U/A rated films), the statement said. “On average, tobacco products or usage was depicted four times per film, alcohol was shown or used seven times per film, and branded fast food was shown or used 0.4 times per film”, it said. “Although depiction of tobacco in these films fell during the 20-year period of analysis, the placement of alcohol and branded fast food products significantly increased”, the statement added. The researchers expressed the view that the downward trend in tobacco promotion from 2004 could be attributed to the regulations related to tobacco advertising, promotions and sponsorships under Cigarettes and Other Tobacco Products Act and WHO Framework Convention of Tobacco Control.

“The rise in number of noncommunicable diseases across the globe is linked with consumption of tobacco, alcohol and ultra-processed foods. Marketing strategies that promote the consumption of these products should be strictly regulated using the broad public health perspective with an aim to reduce the burden of death and disease, said Professor Christopher Millett, Public Health Policy Evaluation Unit, Imperial College, London. The researchers suggested monitoring product placement of unhealthy commodities and prohibiting funded product placement continuously on all mediums and reviewing certifications of films based on product placement of unhealthy products. They also recommended removing government subsidies in case of any depiction of unhealthy commodities or violation that promotes unhealthy commodities, among others. PTI RS RAVINDRANATH RS RAVINDRANATH

Disclaimer :- This story has not been edited by Outlook staff and is auto-generated from news agency feeds. Source: PTI 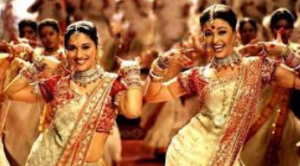