Aotearoa New Zealand has been recognised internationally for its effective public communication during the COVID-19 pandemic. An array of channels disseminates accurate, up-to-the-minute information, including daily live media briefings, Facebook live Q&A sessions with senior Government officials, radio and television advertisements, a comprehensive Government-controlled website, and even posters in the mailbox. These efforts have been instrumental in providing New Zealanders with trustworthy information, at a time when misinformation surrounding COVID is spreading rapidly through social media and other internet platforms. COVID myths are so prevalent that the World Health Organization (WHO) has developed a webpage dedicated to addressing them.

Dr Nicki Jackson (photo) is the Director of Alcohol Healthwatch in New Zealand.

To some extent, the same has occurred in relation to alcohol use and COVID-19. On the one hand, the WHO has disseminated a range of evidence-based resources, providing consistent messages around the need to minimise drinking at this time, or stop altogether. They emphasise the role of alcohol use, particularly heavy drinking, in compromising the immune and respiratory system. They highlight the impacts of alcohol use on mental health and decision-making in isolation, the increased risk of intimate partner violence and violence against children, as well as alcohol’s role in intensifying fear, anxiety or depression. The majority of the population would instantly recognise that lockdown can place a drinker, and their bubble, at serious risk of alcohol-related harm, but myths about alcohol use and the virus continue to circulate.

In Aotearoa New Zealand, there may be fewer alcohol myths circulating, but that doesn’t mean that information that is in the public domain is necessarily credible. One such example is the ‘#drinknormal’ corporate social responsibility campaign launched by Cheers, a registered charity in New Zealand funded by multinational alcohol companies and others with commercial interests in alcohol sales. To mitigate the serious alcohol-related risks from the lockdown, the campaign encourages drinkers to drink “like the old normal” and stick to “usual drinking habits”. It could be concluded the campaign was all about the need to ‘keep calm and carry on drinking’.

The call to action is strategically ambiguous, consistent with other alcohol industry vernacular, as demonstrated across a body of peer-reviewed evidence. There is an obvious problem with the interpretation of the #drinknormal message that encourages New Zealanders to drink normally. This is because the old normal (pre-COVID) way of drinking was characterised as heavy, with research showing that almost one-half (46 per cent) of all alcohol sold was consumed in heavy drinking occasions. The social, economic and health toll from this was significant, contributing to alcohol-related Emergency Department admissions (with associated violence on hospital staff), hundreds of deaths, lost productivity, crime, suicide, Fetal Alcohol Spectrum Disorder (FASD), family violence and preventable health inequities. Any message to ‘drink normally’ would therefore serve to maintain and exacerbate New Zealand’s high levels of alcohol harm, impacting the wellbeing of the 787,000 hazardous drinkers in New Zealand (and the large number of ‘moderate’ drinkers who drink heavily on occasion) and their immediate loved ones in their bubble. It is clear that the main beneficiaries of New Zealanders ‘drinking normally’ during the COVID pandemic would be the multinational alcohol industry funders of Cheers, whose profits from drinking are likely to end up overseas in the pockets of shareholders.

Looking beyond the campaign name and hashtag, the audience is encouraged to drink within the normal drinking guidelines. However, instead of properly referring to the Ministry of Health’s or Health Promotion Agency’s low-risk alcohol drinking advice, the campaign erroneously and repeatedly refers to them as the “Ministry of Health safe drinking guidelines”. Even the campaign link to these so-called ‘safe drinking guidelines” does not take the reader to the Ministry of Health website. Rather, it directs users to the Cheers website where the guidelines are “for safe or healthier drinking”. It is highly unlikely that the Government or any other qualified health body would endorse such a message with regards to safe alcohol use. Placing the name of a credible health authority alongside the words ‘safe drinking’ will have long-term repercussions for effective health communication.

It is well-known that the term ‘safe drinking’ is by used throughout the world by alcohol companies, as described in two comments in the British Medical Journal. Its use is surely aimed to counteract the strong evidence emerging that there is no safe level of alcohol use in terms of overall health. As shown in the Cancer Society position statement on alcohol and cancer risk, alcohol is a Class 1 carcinogen, causing seven types of cancer (including bowel and female breast cancer). Among New Zealand women drinkers, breast cancer is the leading cause of alcohol-related death, with a significant proportion of these attributable to low levels of regular alcohol consumption. This level of information does not appear on the Cheers website.

Furthermore, it is well-known that raising awareness of drinking guidelines on its own is insufficient to change drinking behaviour. Low-risk drinking guidelines may be useful to inform the public of risks of consumption, but to be effective, they need to be actively supported by comprehensive, evidence-based strategies that reduce alcohol use. These strategies include addressing alcohol’s low price, high availability and ubiquitous marketing; the same strategies that the alcohol industry actively lobbies against. Instead, it continues to give strong support to ineffective programmes (particularly education and corporate social responsibility PR campaigns) as a solution to reducing or offsetting the substantial harm from drinking.

By having the audience of Cheers directed to its own website, rather than to a robust Government-endorsed health resource, it is likely that misinformation will be further enhanced as a result of digital search algorithms directing New Zealanders to the Cheers website ahead of credible sources of information. This is supported by the latest performance report of Cheers, which details a partnership with Google that has assisted them in achieving an ad optimisation performance of 97 per cent; the highest possible for any not-for-profit. Cheers note their intentions to grow the market of New Zealanders reaching the Cheers website as a result of searching for alcohol-related terms on Google. This perhaps explains why a Stuff article published this week, replying to a woman seeking help for her husband’s continual heavy drinking during the lockdown, recommended she visit the Cheers website (together with her husband) for more assistance. It can only be hoped that she and her husband did not take up that poor advice for him to keep calm and carry on drinking normally.

Thankfully, research this week suggests that many New Zealanders are not heeding calls to drink normally. More than one-third of drinkers (who have consumed alcohol in the past four weeks) have reduced their drinking during the lockdown. One also hopes that these positive changes are maintained in the long-term. Of concern, one-fifth of drinkers have increased their consumption. Overall, average consumption appears to have increased slightly, supporting findings in the United Kingdom that lower-risk drinkers may have reduced their intake whilst heavier drinkers are hitting the bottle harder. This has implications for keeping everyone’s bubbles safe. While discussion now centres on a vaccine for coronavirus, those working to reduce alcohol harm in communities no doubt wish they could develop a vaccine against the belief of alcohol industry information and messaging. Recommendations around addressing misinformation in a pandemic stress the importance of addressing it from the outset. It is called de-bunking or inoculating people against the misinformation. This aligns with calls in the Lancet for governments to give public health warnings about excessive alcohol use during isolation to protect vulnerable individuals, as has been demonstrated by leaders in Scotland. Moving beyond COVID, it is vital to ensure that credible information on the risks of alcohol saturates the environment and has high search engine optimisation, rather than the information that is produced by those representing the commercial interests of the alcohol industry. New Zealanders deserve credible, trustworthy information on the country’s most harmful drug. This should be the new normal. 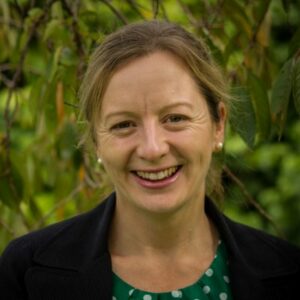