Source: University of Stirling  Summary : Young people’s awareness of alcohol marketing — and their ownership of alcohol-branded merchandise — is associated with increased and higher-risk consumption, a landmark study has found.

Published in BMJ Open, the research — led by the University of Stirling and the Cancer Policy Research Centre at Cancer Research UK — revealed that 11 to 19-year-old current drinkers, who report high alcohol marketing awareness, are one-and-a-half-times more likely to be higher risk drinkers, compared to those who have low or medium awareness.

In young people who have never consumed alcohol, those who own alcohol-branded merchandise are twice as likely to be susceptible to drink in the next year, the research found.

Significantly, the paper reports that 82 per cent of young people recalled seeing at least one form of alcohol marketing in the month preceding the survey, with at least half estimated to have seen 32 or more instances — equating to one per day. Meanwhile, one fifth reported owning alcohol-branded merchandise.

The study — led by Dr Nathan Critchlow (see photo), of the University’s Institute of Social Marketing (ISM) — is the first to examine awareness of alcohol marketing and ownership of branded merchandise in a demographically representative sample of young people across the UK, including those both above and below the legal purchase age for alcohol.

Dr Critchlow said: “Alcohol marketing is more than advertising; it exists in many different forms — more commonly known as the marketing mix — and we found this was reflected in what young people recalled. More than a third of young people recalled seeing alcohol advertising through television, celebrity endorsement, and special offers in the week before they participated in the survey, while more than a fifth recalled seeing outdoors adverts or adverts on social media.

“Although alcohol consumption can be influenced by a variety of factors, we found that the association between alcohol marketing and increased consumption and higher-risk drinking in current drinkers, remained even after controlling for a range of demographic and confounders, such as parental and peer drinking. This was also true for the association between owning branded merchandise and susceptibility in never-drinkers.”

The study used data from the 2017 Youth Alcohol Policy Survey — a cross-sectional, YouGov-conducted survey with 11 to 19-year-olds across the UK. The weighted sample — of 3,399 young people — had an average age of 15.18 years old, an even distribution for gender, and 76 per cent were below the legal purchasing age. Of the weighted sample, 1,590 were current drinkers — with 44 per cent of those classified as being at higher risk — and 1,623 were never drinkers, with half of those classified as susceptible to drink in the next year.

The team measured how frequently young people recalled seeing nine different forms of alcohol marketing in the month preceding the study, ranging from traditional advertising — for example, in the press and on television; alternative marketing — such as sponsorship and competitions; and retail marketing — including price promotions.

“The influence that alcohol marketing has on young people, and how it is self-regulated in the UK, continues to be a topic of debate. The Scottish Government’s latest alcohol strategy includes plans to consult on alternative controls for alcohol marketing, and Ireland have recently passed legislation to this effect. Our findings lend support to these steps to examine further feasible, appropriate, and effective ways of reducing exposure in young people.”

“The more you drink the greater the risk and this is why the Chief Medical Officers’ guidelines recommend no more than 14 units per week as a safer level of drinking. We know that not everyone who drinks will develop cancer but it doesn’t hurt to cut down.”

Materials provided by University of Stirling. Note: Content may be edited for style and length. 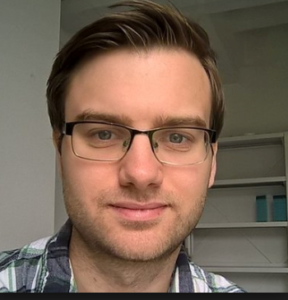