The advertising watchdog has been accused of giving the “green light” to alcohol brands to “blast” children with social media promotions following a groundbreaking ruling on an Instagram ‘influencer’.

Alcohol charities raised the concerns after the Advertising Standards Authority (ASA) dismissed complaints against the YouTuber Tanya Burr  (picture) after she advertised a home draught beer pump with Heineken to her three million Instagram followers.

The ASA said it was happy with Heineken’s submission arguing that only a small percent of Ms Burr’s Instagram audience was under 18, in what is the authority’s first ruling involving social media influencers and alcohol promotions.

However, two alcohol charities have questioned the ruling pointing out that, like most social networks, Instagram has no effective method of age verifying its users.

They argued the ruling could open the door to more influencers, who are looked up to by young people, cashing in on promotions with alcohol brands.

Katherine Severi, Chief Executive at the Institute of Alcohol Studies, said: “At a time when there’s increased concern about our children being subjected to harmful adult content online, the ASA has given the green light for big alcohol companies to blast marketing at underage drinkers.

“We need regulation on alcohol marketing that takes into account what teenagers do online in the real world, not a blank cheque for alcohol companies and social media influencers who target teenagers.”

A spokesman said: “Without proper regulation online advertising is the Wild West of the marketing world, and it’s the most vulnerable, including minors, who suffer most.”

Earlier this week, the ASA released its ruling into its investigation of Ms Burr’s promotion with Heineken, which showed her pouring the beer from a home pump and offering viewers a 40 percent off promotional code. The ASA had received six complaints from the public that the ad was inappropriately targeted due to the influencer’s popularity with under 18s.

Ms Burr, 30, rose to prominence as a make-up and fashion vlogger on YouTube and now commands an audience almost 10 million followers across various platforms. More recently she has launched her own fashion line, released books on baking and self help and made cameo appearances on a number of shows including Holby City.

The ASA dismissed the complaints against her Instagram promotion after Heineken provided analysis of Ms Burr’s audience saying only 11 percent were under 18. Instagram allows users to have an account from age 13 upwards.

The ASA said complaints against alcohol adverts were judged against the same criteria no matter on which medium they aired. It’s rules mandate that the ad is not designed to appeal to under 18s and that no more than 25 percent of the viewing audience was underage.

A spokesman for the ASA said: “Our strict alcohol advertising rules seek to limit children’s exposure to alcohol ads. These rules apply across media including online and to ads by influencers.

“Where alcohol advertisers use social media platforms and partner with influencers to promote their brands, our rules allow them to reach a legitimate adult audience while placing an emphasis on safeguarding the welfare of under-18s.

“That means even where three in every four audience members viewing an alcohol ad is an adult we will ban it because it crosses a threshold for being seen by an under-18 audience. Our content rules also ensure that the ads under-18s may inadvertently see do not appeal particularly to them.

“In the Heineken case, the content of the ad didn’t have particular appeal to under 18s and nine out of every ten audience members were adults.”

A spokesman for Heineken told the Telegraph: “We have strict controls in place across all communications channels – including digital media. With the ASA Council concluding that this ad did not breach the Cap Code in the UK, we can feel confident that our robust processes are ensuring we reach age-appropriate audiences.” 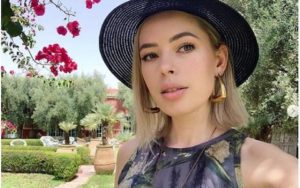