Gateshead’s director of Public Health has questioned the ethics of the Football Association for accepting alcohol sponsorship for the England Women’s team.

Alice Wiseman, who is also lead Director of Public Health (DPH) for Alcohol for the North East (England) is concerned that alcohol sponsorship for the England Women’s team will put alcohol messages in front of a whole new audience of teenage girls.

“The FA deserves credit for making strides to involve more women in football and all the fitness and health benefits that go with sport,” she says. “However it is worrying to see alcohol getting its foot in the door.”

“Here in the North East we see some of the worst alcohol harms in the country and there are many parallels with Scotland.

“Alcohol leads to weight gain, liver disease and cancer for thousands of people every year but you will never see this on the alcohol adverts showing superbly fit young footballers.”

The FA’s decision is in contrast to that of Scottish Women’s Football (SWF) who have ruled out taking money from alcohol or gambling, saying that with 80% of their members aged under 18 years they had a duty to only associate with “positive” brands.

“…questions need to be asked about the ethics of big alcohol producers targeting this whole new market. ”  Susan Taylor, Balance

Susan Taylor from Balance, the North East of England’s alcohol office, said: “At a time when women’s football is taking off in this country among girls and young women and teenage players will be inspired by the Lionesses, questions need to be asked about the ethics of big alcohol producers targeting this whole new market.

“The players of England Women’s team are sending out a positive message to fans about fitness, about health and about achievement among women – but now the big alcohol brands with their huge marketing budgets want those values equated with their beer.

“Just as with men’s football, we believe people have a right to watch their sport without being constantly exposed to alcohol marketing.”

Currently alcohol advertising in the UK is self-regulated by the industry through a voluntary code of practice. For example, adverts should not link alcohol consumption with sports achievement or sexual success, and should not be shown during programmes with particular appeal to children. However, the evidence is clear that children are still exposed in large numbers. 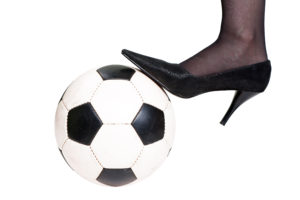