Fife Alcohol Support Service (FASS) say that drinks companies have recognised the potentially huge market in alcohol products for females with figures showing that Britain is the worst country in the western world for heavy drinking among professional women.

“Over the Christmas and New Year period, did you notice the newer alcoholic products on sale nearly everywhere?” said John Hamilton, chairman at FASS. “There was pink gin, pink sherry and pink Prosecco, all designed primarily for the female customer!

“This has all come about because drinks companies have recognised the potentially huge market in alcoholic products for women.

“After decades of ignoring women, drinks companies have finally realised that the market for alcoholic products for women is ripe for exploiting.”

Britain is one of the few countries in the world where professional women appear to be drinking to keep up with men, with one in five university-educated women drinking too much.

It’s not just young women either. Figures now reveal that the likelihood of a woman in her early 60’s dying from alcohol-related problems has shot up by more than one-third since 2000.

Sir Ian Gilmore, chairman of Alcohol Health Alliance UK, backed up Mr Hamilton’s comments, saying it is very clear that the rise in heavy drinking among women is a direct result of targeted efforts by the drinks industry.

He said: “With higher disposable income for females, sales this festive period of fruit-based beers and ciders, wine and vodka are much higher than the previous year, and especially so with pink gin and Prosecco sales soaring!” 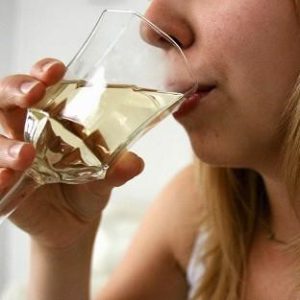