VILNIUS, Jan. 10 (Xinhua) — It is shameful that distributors have to tear out or cover whole pages of foreign media publications sold in Lithuania in order to respect new alcohol advertising ban, Lithuania’s president Dalia Grybauskaite said on Wednesday.

“I believe this fact is shameful. It reminds of middle ages and causes a huge international reputational harm to Lithuania,” Grybauskaite was quoted by local media.

As of Jan. 1, a new legislation banning alcohol advertising entirely from TV, radio or printed media took effect in Lithuania.

Soon after the date, consumers started to complain about receiving foreign magazines and other publications with pages covered by stickers, painted over or removed, for foreign magazines distributors started either to tear out pages containing alcohol ads or to cover them using marker pens.

A group of Lithuanian lawmakers submitted a law amendment earlier this week proposing a legislative exception for publications in foreign languages, issued by companies registered abroad.

“It is obvious that implementing of alcohol advertising ban lacks professionalism. Ruined and censored foreign media causes shame to our country and provokes outrage among people who expect quality publications,” Radvile Morkunaite-Mikuleniene, member of the parliament, was quoted as saying in a statement released by the lawmakers group.

In recent years, Lithuania’s authorities have been considering and adopting measures aimed at restricting access of alcohol, due to concerns over alcohol abuse in the Baltic country.

Raising the minimum drinking age to 20, restricting alcohol sale hours and alcohol advertising ban are among the amendments to the Alcohol Control Law adopted last year.

According to the World Health Organisation, Lithuania is among the countries with the highest per capita consumption of alcohol in Europe. 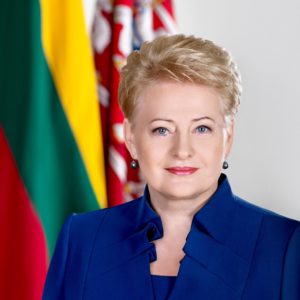