Findings suggest that code violations of the IARD Guiding Principles were prevalent in the four types of media sampled during the MAMPA project in the seven countries. The data were gathered by the Dutch Institute for  Alcohol Policy STAP.

It is interesting to note that the country with the fewest marketing materials recorded (n = 4) was The Gambia, which is a Muslim country with a ban on most forms of advertising. Despite the limitations of the prior MAMPA project and the current re-analysis, this research establishes a basis for a monitoring and regulating alcohol advertising in African countries. The methodology offers a systematic way to evaluate media advertisements of alcoholic beverages to determine whether their contents comply with generally accepted guidelines for responsible advertising practices.

Based on the evidence described above, governments and policymakers should give serious consideration to the key messages emerging from the Consultative meeting on addressing alcohol marketing in the African Region (WHO, 2012) and from the PAHO Expert Meeting on Alcohol Marketing Regulation (PAHO, 2016), which are consistent with the well-documented premise that alcohol is not an ordinary commodity (Babor et al., 2010) and should not be marketed as such.

These findings provide evidence of violations in the seven countries studied and the need for systematic surveillance of alcoholic beverage marketing to protect vulnerable populations such as youth, who may already be experiencing problems related to their alcohol use.

Our secondary analysis of the original MAMPA marketing data confirms the conclusions of the original MAMPA report, in that it provides strong evidence of code violations in all media evaluated, and suggests that exposure to potentially harmful alcohol marketing content is widespread in six of the seven countries studied. These reports also raise questions about the effectiveness of current industry efforts to regulate alcohol marketing

If you want to know more about the evaluation you can read the documents here: 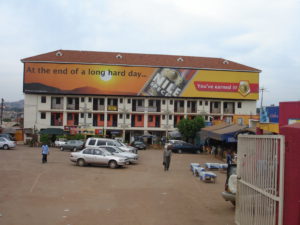