Lithuania might be on the verge of a total advertising ban – a simple and cost effective measure to control alcohol related harm. It almost happened in 2012, but was revoked under industry pressure couple of weeks before coming into effect. In October 2016, a new Parliament was elected and a new Government has been formed in Lithuania. Many of the current politicians came into power promising improvement of alcohol control. The newly proposed advertising ban is included in the Program of the coalition government, as well as an Alcohol Control Law amendments package which will be discussed this spring. The proposal is highly supported by the public health community. In 2012, a public opinion survey has shown that 62% of the general public support an total ban on alcohol advertising.

At the same time, alcohol producers and sellers in Lithuania are experimenting with innovative as well as not so new ways of securing high levels of alcohol consumption among the population, which results into higher profits for the industry. The industry excels in circumventing alcohol marketing restrictions and leaves control institutions with too little and too late control.

Several evasive tactics have emerged that seem to deliver alcohol brand communications to consumers. In many cases this requires multi-sector cooperation, mostly with media, public relations and creative industries, but also with sporting community, as well as socially responsible business brands. Politicians tag along and most likely fit their election funding within these cooperation schemes. These manoeuvres create synergies that are more difficult to achieve for the alcohol industry alone.

One example is diverse promotion of non-alcoholic beverages, very similar in design to beverages containing alcohol . Another practice is to use the same name for both types of drinks, which helps to fuse non-alcoholic and alcoholic beverages in the minds of consumers. One such example could be “Baltas” meaning “White”. There are several beers that go under the same name, which contain alcohol ranging from 3,7 to 5,2 percent. The colour white is also associated with lighter, less toxic, the tactics used by tobacco companies.

Encouraged by initial success major beer brands have inserted themselves as key partners in marathons and running events in Lithuania.

In 2015 in DNB/NIKE event  “Werun Vilnius” non-alcoholic beer was one of the beverages of the event and was distributed at the finish line to all participants, including children. There is at least one video documenting that. In the promotion materials non-alcoholic beer is advertised as a healthy drink that will help to restore strength after exhaustive competition. The industry firmly installs itself directly into situations that create thirst and then provide specifically beer tasting relief in a form of a promoted beverage, which is distributed by happy teenage looking staff. This direct engagement with the brains of young people – creates alcohol consumption narratives, impressions and memories.

After the Nordan (Nordic Alcohol and Drug Policy Network) letter in 2016 asking not to partner with  alcohol companies in sports events helping them to circumvent alcohol control regulation, the non-alcoholic beer stands were moved from the finish line to the sponsors area  were they provided a photo shoot opportunity with brand logos and background to memorize participation.

There were no regulations regarding indirect alcohol marketing in Lithuania until now.

Recently in 2017, there was a bizarre activity to rename a street in the second largest city of Lithuania – Kaunas – to match the brand name of the third biggest player in the beer market. They nearly had 40% of cider, 26% of alcohol cocktails and 13% of energy drinks market share in 2009.

Another tacky practice in Lithuania – highly publicized cooperation of media and an alcohol company in promoting young artists like “Meno reikalas” (“The issue of art”). This is technically just advertising for the Lithuanian Vodka brand Meno Reikalas. At least one young artist told us on record, that she was  not informed that her art will be presented together with Vodka add, and even fusing art and beverage design elements together in the stylish media report on the creations.

NTAKK is the largest umbrella NGO acting in the field of alcohol, tobacco, drugs and gambling control, uniting nearly 40 organizations, that acts as an expert resource, advocate and facilitator in the field. 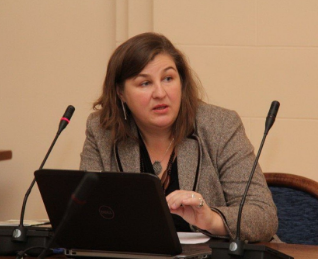