Research by Petticrew and others (2017) shows that Community Alcohol Partnerships (CAPs), that involve partnerships between the alcohol industry and local government, do not provide convincing evidence that CAPs are effective in reducing alcohol harms or anti-social behaviour.

In their research “Community Alcohol Partnerships with the alcohol industry: what is their purpose and are they effective in reducing alcohol harms?”, published in the Journal of Public Health, Petticrew and colleagues aimed to assess the evidence of effectiveness of CAPs. CAP websites, documents and databases were searched, and CAPs were contacted to identify evaluations and summarize their ﬁndings. Out of 88 CAPs, three CAP evaluations were found which used controlled designs or comparison areas, and further data on 10 other CAPs.

The study concludes that despite industry claims, the few existing evaluations do not provide convincing evidence that CAPs are effective in reducing alcohol harms or ASB. Their main role may be as an alcohol industry corporate social responsibility measure which is intended to limit the reputational damage associated with alcohol-related ASB.

David Jernigan added a link to a piece the AMA did years ago to try to warn about this. He writes “Our stance in the US is that it is sometimes possible to work with alcohol retailers, because in the US they are statutorily forbidden from having ties to the producers or wholesalers. However it is not possible because of deep conflicts of interest to work with producers or wholesalers.” http://alcoholpolicymd.com/pdf/foe_final.pdf

“In addition to David’s advice, there is a section in Chapter 10 of ANOC2 called “Community-level approaches.”  It describes the evidence in support of community mobilization, voluntary “accords” and other measures to reduce harm by means of collaboration among community groups, retail establishments, academics and government officials.  At the time of the review (2010) the evidence for these measures was mixed, and none of them involved the big producers.  Theoretically, they could be effective if the partners agreed to implement evidence-based practices of known effectiveness.  If the Community Alcohol Partnerships are not evidence-based, and if there is any suggestion that they are being used for CSR or brand marketing, they would seem to be counter-productive.”

The article (full text) can be downloaded via this link.

The article has been included in our scientific publications database. 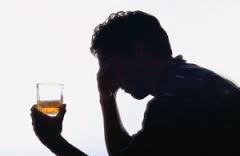