The report, which will be published online on Oct. 20 by the American Journal of Drug and Alcohol Abuse, is from researchers with the Center on Alcohol Marketing and Youth (CAMY) at the Johns Hopkins Bloomberg School of Public Health and the Boston University School of Public Health. It is believed to be the first study to examine the relationship between brand-specific advertising and brand-specific consumption of alcohol among underage drinkers using the 898 brands that were available on the U.S. market in 2011.

While previous studies relied on self-reporting by youth to measure their exposure to alcohol advertising, this report used U.S. national population exposure estimates from media research firms, specifically, underage youth exposure to alcohol advertising by brand in national magazines from GfK MRI, and on national television programs from Nielsen. As for alcohol consumption, researchers asked 1,031 underage drinkers which of the 898 brands they had consumed in the past thirty days using an online national survey conducted between December 2011 and May 2012.

“Marketing exposure is increasingly recognized as an important factor in youth drinking, yet few studies have examined the relationship between overall advertising exposure and alcohol consumption at the brand level,” says lead study co-author David Jernigan, CAMY director and an associate professor in the Bloomberg School’s Department of Health, Behavior and Society. “These findings indicate that youth are in fact consuming the same alcohol brands that they are most heavily exposed to via advertising.”

The researchers note that they reached their conclusions after accounting for potentially confounding factors such as price per ounce, which influences affordability, and overall market share as explanations for the correlation between exposure to brand-specific alcohol advertising and underage youth consumption.

Previous studies linking youth alcohol advertising exposure to alcohol consumption have generally found small but significant associations between how much advertising young people see, hear or read, and how likely they are to start drinking or to drink more. This new research, which explores the relationship at the brand level, strongly suggests that the smaller effects found in earlier research may be a result of grouping all alcohol brands together or in broad categories of beer, wine and spirits.

“Until research showed the effects of the Joe Camel advertising campaign on what cigarette brands youth smoked, it was controversial to say that a relationship between cigarette marketing and youth cigarette consumption existed,” said lead study author Michael Siegel, MD, MPH, professor of Community Health Sciences at the Boston University School of Public Health. “Once the relationship between cigarette ads and the brands that youth were smoking was established, significant policy shifts occurred as state and federal policy makers took the issue of advertising exposure to youth much more seriously.”

Alcohol is the number one drug consumed by youth and is responsible for approximately 4,300 deaths per year. Alcohol advertising in the U.S. is primarily regulated by the industry itself through a set of voluntary codes, which includes not placing any ads on television programs where a disproportionate share of the audience is younger than 21. In 2011, the alcohol industry spent at least $3.5 billion in advertising and promotional expenditures, much of it in media venues in which youth compromise a disproportionate share of the audience.

The above is copied verbatim from the media release provided by our colleagues at Johns Hopkins University Bloomberg School of Public Health.

For the abstract, please go here>> 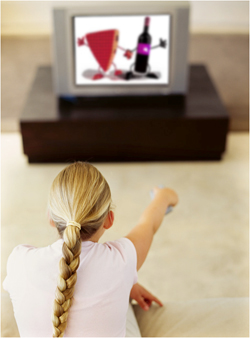