Russian ban on alcohol marketing will be further relaxed

The Russian government has approved a proposal to ease the ban on using human and animal images in advertising if they are part of a trademark, Izvestia newspaper reported recently.

This amendment is the result of a bill submitted by MP Viktor Zvagelsky submitted a bill in October 2014. The bill would mitigate the ban on using human and animal images in alcohol advertising if they are part of a registered trademark, legal name or the name of a company or sole proprietor.

It is believed the amendment will primarily benefit foreign producers of elite alcohol products, which use the images of people and animals as part of their brands more often than their Russian counterparts.

According to the official conclusion on the bill, the government has supported Zvagelsky’s proposal, adding that it should be updated.

The consumer safety authority Rospotrebnadzor has protested against relaxing the restrictions on alcohol advertising in Russia.

Alcohol commercials were prohibited on radio and television as recently as 2013. However a law adopted in late 2014 created exceptions for several types of alcohol advertising. It came into effect on January 1, 2015. 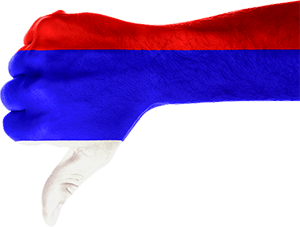