In this installment of our guest written blog ‘Talking Alcohol Advertising’ Ella Sjödin of Sweden’s IOGT-NTO, shares her thoughts on the current status of the prohibition on televised alcohol marketing in Sweden.

“Even though there is a clear prohibition against alcohol advertising on radio and TV in Sweden I daily see alcohol advertising on several Swedish TV channels. By broadcasting from the UK, TV channels, so far, have managed to circumvent Swedish legislation. In 2011 we filed a complaint against these broadcasts to the Swedish Broadcasting Authority, by referring to the EU’s Audiovisual Media Services Directive. The authority has now required that the UK stops alcohol advertising in broadcasts to Sweden. It’s a real progress for us to hear that the Swedish authorities have taken a stand against the alcohol marketing and decided to proceed with our case. I also think it’s important to note that there is a political consensus and strong public support for the prohibition against alcohol marketing on TV. A poll in 2011 showed that 80 % of the population supports the prohibition and that 78 % thinks that it’s wrong that the TV channels circumvent Swedish law. I think that you can also note the resistance towards alcohol marketing from the regulators. The Swedish government earlier this year appointed a commission to further look into how to regulate and monitor the alcohol marketing on TV and digital media. The study is expected to be ready in the end of March 2013.

Coming back to our complaint, I have to say that it is exciting to test the possibility for Sweden to cooperate with the United Kingdom through the so-called principle of the country of reception, introduced in the new Audiovisual Media Services Directive. This principle means in this case that Swedish law applies even when an advert is broadcasted from another country but entirely or mainly targets Sweden and a Swedish audience. Just as in our case, where the broadcasts on Swedish channels only are shown in Sweden for a Swedish audience.

Now we wait to see whether the UK will chose the line of the Swedish Broadcasting Authority and stop alcohol advertising on Swedish TV or if the case will continue to the EU level.”

Want to contribute to ‘Talking Alcohol Advertising’? If you are working in the field of alcohol marketing, wheter as a scientist, policy maker, health care worker or otherwise and want to share your latest results, campaigns or discuss a subject that is currently hotly debated in your country, please contact us at eucam@eucam.info. We would love to hear from you. 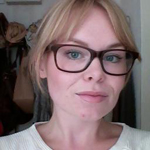